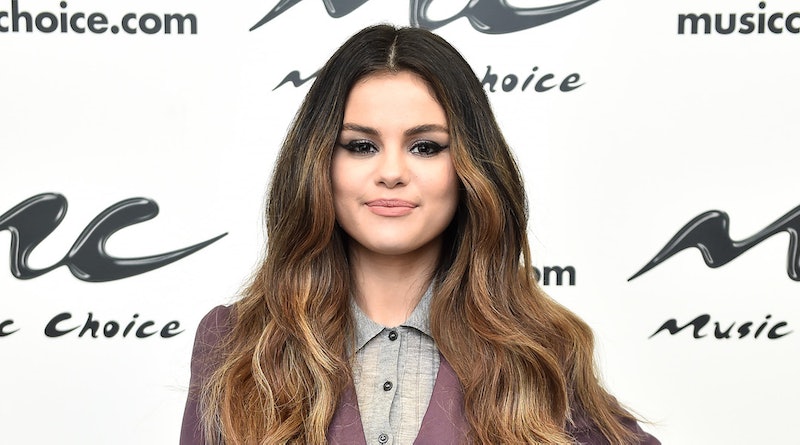 Selena Gomez and her new singles are headed to the American Music Awards. In what will be her first televised performance in two years, Selena Gomez will perform at the upcoming 2019 AMAs on Sunday, Nov. 24, according to a press release. The pop star will take the stage at Los Angeles’ Microsoft Theater to perform the television premiere of her brand new music. After a long hiatus from music, Gomez debuted two new singles, “Lose You to Love Me” and “Look at Her Now,” in late October. Her upcoming album, a follow up to 2015’s Revival, would mark her first one in four years.

Gomez’s last time on the AMAs stage was in 2017, where she performed her song “Wolves” with Marshmello. At the time, the performance marked Gomez’s first in over a year; she had taken some time away from the spotlight in order to focus on recovery from her kidney transplant over the summer, as per E! News. The “Lose You to Love Me” singer has been nominated for two AMAs during the stint of her career; in 2016, she took home the win for Favorite Female Artist Pop/Rock.

During the 2019 event, Gomez will also be joined by her friend Taylor Swift, set to receive the Artist of the Decade award, at the ceremony. While promoting her new music, Gomez reflected on their friendship and even revealed that Swift had an emotional reaction after listening to “Lose You to Love Me” for the first time with her parents in tow.

"I showed her the video, and her mom and Taylor started crying," Gomez said in a radio interview with Zane Lowe on Oct. 25. “It wasn’t because the song was emotional. It was just because the first thing they said to me was, ‘We’re so happy that you’re here. After seeing all of that, this is such a cool moment.’”

While details surrounding her new album have been scarce, Gomez revealed that it took four years to complete the album in a way that felt right for her. She told Lowe, “I learned a lot from the last album and I wanted to take what I’ve learned and turn it into something even better, and I’m glad I did because this year everything kind of just started pouring out of me.”

More like this
Selena Gomez Confirms She's Single Amid Drew Taggart Dating Rumors
By Martha Sorren, Jake Viswanath and Jack Irvin
Will Beyoncé Perform At Or Attend The 2023 Grammys?
By Jake Viswanath
The Spice Girls Are Set To Reunite At King Charles III’s Coronation
By Sam Ramsden
Adele Is Attending The 2023 Grammys, Thank You Very Much
By Jake Viswanath
Get Even More From Bustle — Sign Up For The Newsletter
From hair trends to relationship advice, our daily newsletter has everything you need to sound like a person who’s on TikTok, even if you aren’t.