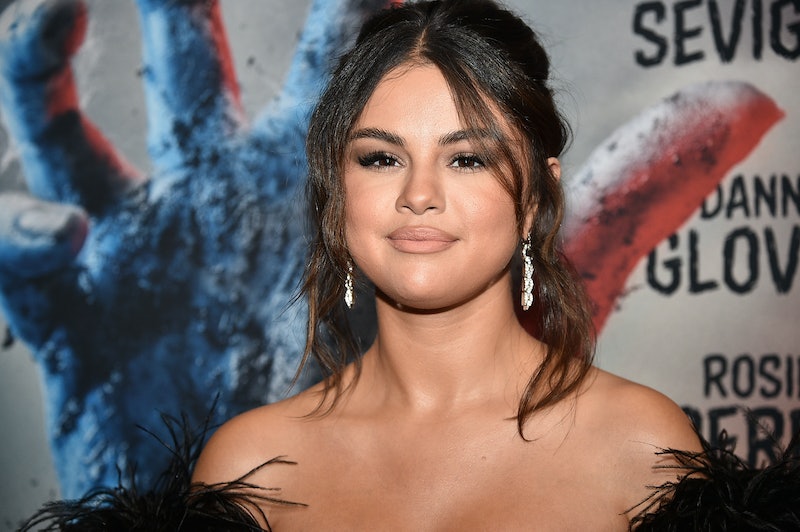 It's her birthday and she'll cry if she wants to. Selena Gomez's birthday message to her fans revealed that her special day was full of tears. Don't worry, though, they were happy ones.

"Well I’m 27 now," Gomez wrote on Instagram on July 24, two days after her birthday. "I wanted to thank each and every one of you for your words on my bday. Not just the quick notes. The thought that goes behind every word you write usually ends up with me crying grateful tears like I did last night."

This message came along with a smiling photo of a barefoot Gomez in a long, flowy cream-colored gown standing in front of a cotton candy sky. For her big 2-7, Gomez treated herself to a trip to Italy, which explains why she's so smiley in this birthday shot. Not to mention, that awe-inspiring cityscape behind her.

It's unclear who made her dress in this particular shot, but hopefully, it's as affordable as the $50 Zara dress Gomez wore on her actual birthday. When in Rome, it's clear that Gomez is all about comfort.

This is Gomez's first Instagram post since June 29, when she posted about the crisis at the border. "Kids in cages! Sleeping on concrete floors with aluminum blankets! No access to simple dignities!" she wrote in reference to recent reports that migrant children are being detained in "inhumane" conditions. "How is this still happening??? It’s absolutely inhumane to treat anyone like this let alone children." She ended the post with a hashtag that is also a call to action: #closethecamps. She encouraged fans to call their representatives to try and help those being kept in these detention centers.

Beyond this birthday message and her plea that #FamiliesBelongTogether, Gomez has been quiet on social media as of late. Last month, Gomez talked about social media and depression and why it's important to take breaks from the internet on Live With Kelly and Ryan.

Gomez said that social media would “make me depressed. It would make me feel not good about myself and look at my body differently and all kinds of stuff." It's why she took the Instagram app off her phone so that she wasn't “fixating on all these comments and letting this stuff in.”

Her recent social media break might also have something do with her busy schedule. Besides starring in the new zombie film, The Dead Don't Die, she's also been working on new music, which might be coming out soon. In an interview with Entertainment Tonight last month, Gomez revealed she was done recording. “Yes!” she told ET at the premiere of The Dead Don’t Die. “Yes! It’s finally done.”

As for when fans will get to hear it, Gomez is staying mum. But, as for why it took four years for a new Gomez album, the singer told The Tonight Show in June that she needed to "feel at a good place with this album," before she could release it. Luckily, it appears as if Gomez isn't just in a good place musically, but personally. And, oh, look, now everyone's crying grateful tears.