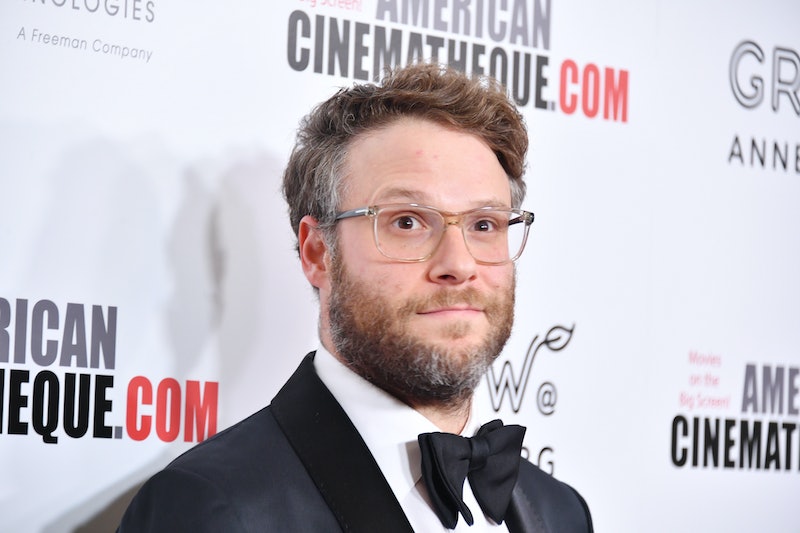 What if memes became murderous? Seth Rogen’s new horror film Memetic chronicles a meme’s contribution to the apocalyptic fall of society. Per the Hollywood Reporter, Lionsgate is in final negotiations to pick up the Rogen-produced post-apocalyptic thriller based on the James Tynion IV comic of the same name. Mattson Tomlin, who co-wrote the screenplay for Matt Reeves’ upcoming The Batman with Robert Pattinson, will pen the script.

With illustrations by Eryk Donovan, the Memetic comic follows the impact of the Good Time Sloth, a viral meme that soon becomes weaponized when those who come in contact with it become “Screamers” who succumb to “murderous rage,” as per THR. Not all are impacted by the dangerous Good Time Sloth, however; the comic centers on a colorblind man who tries to find his boyfriend amid the chaos of the post-apocalyptic world.

On Twitter on Tuesday, Tomlin confirmed the news and wrote, “I can't wait for this deeply weird movie to hit your eyeballs and rewire your brains, forever changing your relationship to the internet. This has been a joy [to] work on with some very good friends.” Tomlin concluded, with an #obeythesloth hashtag, “I can't say anything more. Read the comic!”

Tynion IV also commemorated the adaptation of his comic and teased the narrative — a “story of an image posted online that ends the world in three days” — with a Good Time Sloth gif on Twitter.

Rogen’s involvement in a surreal horror about a murderous sloth meme should come as no surprise given his former experiences as a meme. In 2013, Rogen and James Franco recreated Kanye West’s music video for “Bound 2” with Rogen taking the role of Kim Kardashian. “Seductive Seth” soon became the basis of memes across the internet. The parody even received approval from Kardashian herself, who tweeted to Rogen at the time, “You nailed it!!! Sooo funny!” and “[Kanye] loves u guys! He laughed so hard at this.”

The comedian’s latest projects include the adventure comedy Good Boys and the rom-com Long Shot. Rogen also appeared in an episode of Jordan Peele’s The Twilight Zone reboot and Jon Favreau’s The Lion King live action as Pumbaa. With Memetic, Rogen will transition from Disney classic to internet meme horrors.