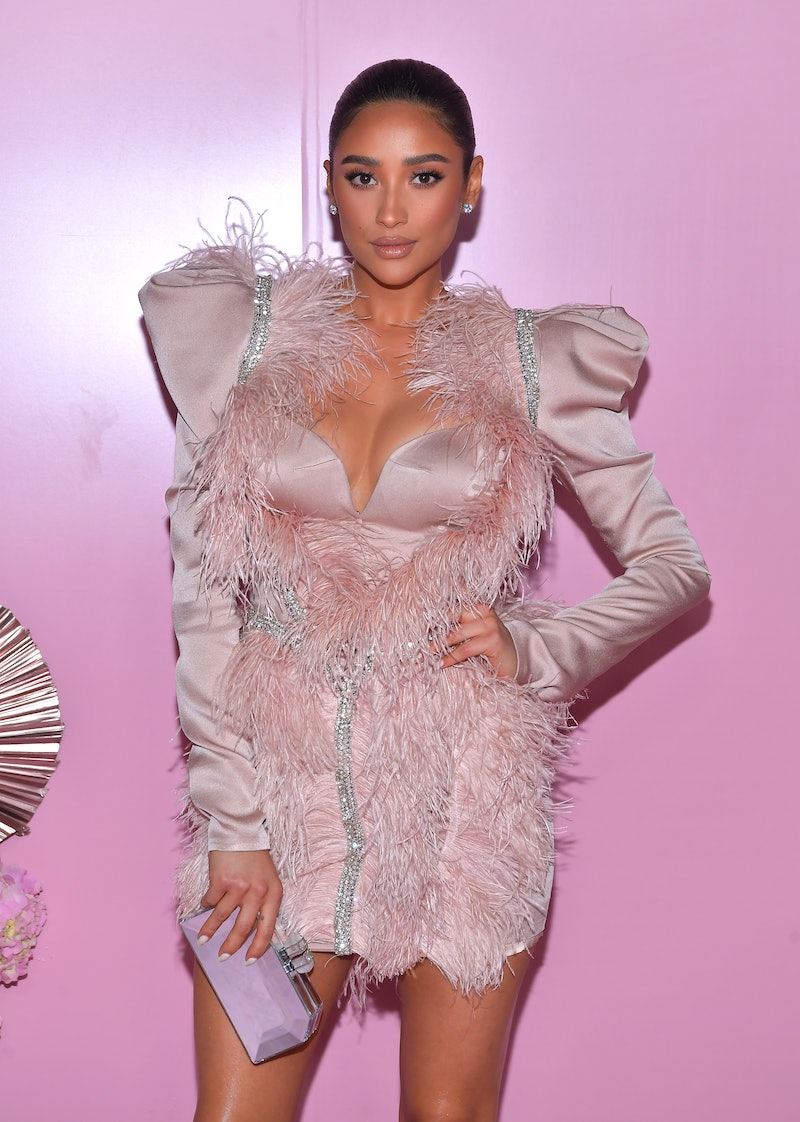 There's a new pretty little one on the way. In a July 4 YouTube video titled "Do NOT Try This Gender Reveal at Home," Shay Mitchell revealed if her baby is a boy or girl. After getting an assist from battling blue and pink Power Rangers, she and boyfriend Matte Babel eventually learned — surprise — it's a girl!

As explained in the video's description:

"Shay wanted to surprise Matte with a gender reveal that would keep him guessing, but it was a surprise for her too — so they left it up to Shay’s assistant Liz to do the planning. They saw a lot of gender reveals that involved pink and blue cake and balloons, but thought a touch of drama would really set this one apart from the rest...."

The six-minute clip begins with Mitchell, who announced her pregnancy on June 28, visiting her doctor. After he asks if they know the sex yet, the actor — wearing a pair of black shades — tells the doc that they're "finding out tonight," so he doesn't spoil the reveal.

"I truly think that I'm having a boy because, just the retribution of having a girl, my parents would look at me and be like, 'It's karma, b*tch,'" she predicted in the video. "It's a boy." (Babel agreed with her prediction.)

The couple opted to find out by themselves, in lieu of having a big party, and so they made phone calls to their loved ones to get their guesses on the baby's sex. In the end, their poll results were six votes for girl and three votes for boy.

Mitchell and Babel, then, made their own guesses — this time on exactly how the baby's sex would be revealed. Among their (incorrect) theories: balloons and strippers. When the Blue Ranger appeared on a balcony, they assumed that they had a son on the way. But, wait: The pink ranger followed close behind — and the two characters began some intense hand-to-hand combat. The battling duo even ended up in a pool of water, at which point they had to remove their masks, which seemed to be retaining water. (The Pink Ranger later joked that she "almost died" in the water.)

"Never in the history of reveals have I seen Power Rangers," Mitchell gushed.

In a true show of girl power, of course the Pink Ranger won the fight — though Mitchell and Babel weren't immediately sure if that meant their baby is a girl.

"Oh my god — everybody frickin' knew!" added the former Pretty Little Liars star, who will debut web series called Almost Ready on July 17, upon learning the happy news. "I thought it was a boy for the longest time. Obviously I'm super happy. I'm just like, it's crazy. Everybody was right."

Although Babel admitted in the video that he's "not ready," he did share a sweet Instagram message for Mitchell after she announced she is pregnant. He captioned the black and white photo of his girlfriend displaying her bare baby bump:

"Watching the both of you grow over the past 6 months has been the most beautiful thing in the world. The strength, vulnerability and grace you’ve had during this pregnancy has left me in awe, you’re going to be an incredible mom...We’re lucky to have you, love you."