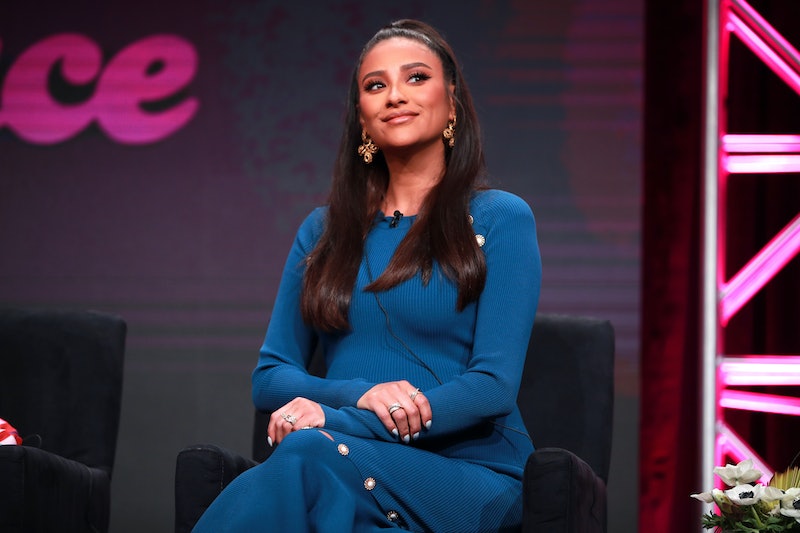 Pretty Little Liars star and Shaycation expert Shay Mitchell has shared her baby’s name, and it could not be a better fit. On Oct. 20, Mitchell announced on Instagram that she and longtime boyfriend Matte Babel welcomed their first child into the world, but she did not include the name in the announcement. A little over two weeks have gone by, and now the wait is over: In a new interview with Vogue released on Wednesday, Nov. 6, Mitchell revealed her daughter is named Atlas.

A few hours after the interview went live, she posted a photo with her newborn on Instagram, writing, "Atlas Noa, In my 32 years of life I thought I had seen a lot of places, experienced a lot of things, met a lot of people and felt love...then came you."

In the aforementioned Vogue piece, Mitchell said she and Babel decided on the name after a friend told them she had considered naming her own daughter Atlas, but ultimately went with something else. “Then she said Atlas and I looked at Matte, and he looked at me, and I was like, ‘Oh my gosh,’” the Dollface actor recalled. She continued, “It’s just the perfect name; from that day, we knew it was going to be Atlas. People would ask us, ‘Do you have a name?’ But we were keeping it hidden. I’m sorry to everybody that I lied to!”

Considering that "atlas" is the word for a book of maps, this really is a fitting name for the first child of the noted vacation enthusiast. Mitchell's love of travel is well documented. In 2015, the actor even launched a YouTube series titled "Shaycation," where she documents her global adventures. Last year, she launched a travel line of accessories called Béis, giving shoppers the opportunity to get their mitts on Mitchell-approved suitcases, passport holders, and seatback organizers. And she teamed up with Revolve earlier this year for a vacation-inspired collection of swimsuits, beach coverups, and loungewear.

In addition to the travel theme, Atlas also brings to mind the Greek god who held the whole world on his shoulders. And so, the name Atlas, according to The Bump, is Greek in origin and means "to carry." The middle name Noa is a Hebrew name that means "movement." Suffice to say, Atlas Noa is on-brand for the jet-setting Mitchell.