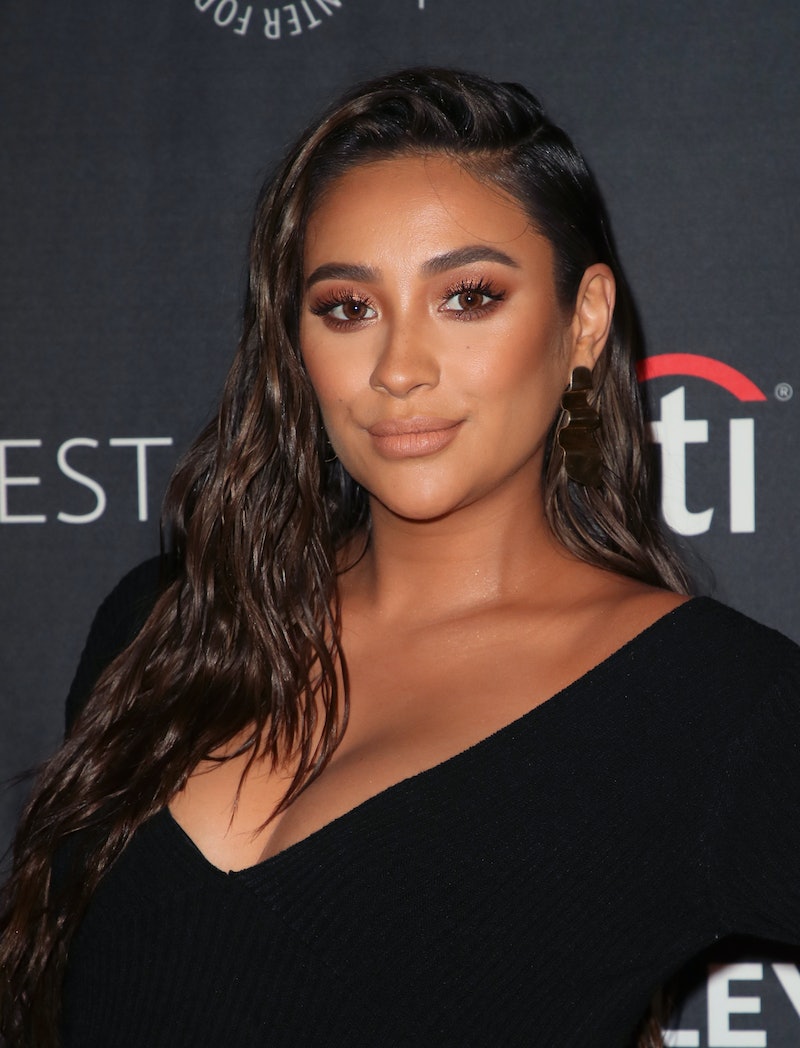 Actor, YouTuber, and #Shaycation expert, Shay Mitchell can now add "mom" to her list of identifiers. On Sunday, Mitchell announced the arrival of her baby girl on Instagram. This is her first child with boyfriend Matte Babel. And since she's been documenting her journey to motherhood all along on social media, it was only fitting that the shared this big news in the same way.

Mitchell didn't show her daughter's face in the photo. Instead, she's holding the tiny hand of someone wearing pink and white striped pajamas. "Never letting go..." she wrote in her caption. And who could blame her, it's a pretty cute hand. Even Mitchell herself, who appears to be sporting a sky blue nail polish in the pic, agreed with a comment from friend Sammy Rosenman, @sammyinla, that said that her daughter "has nicer nails than you."

So far, Mitchell has yet to share any of the details about her daughter's birth (or the name that she and Babel have chosen), but the congratulations are already rolling in, and not just from friends writing to compliment her baby's nails. Mitchell also received messages of congratulations from former PLL costars. Troian Bellisario, @sleepinthegardn, wrote, "Most beautiful babe and mother," adding a heart eyes emoji, while Keegan Allen, @keeoone added, "So happy for you and your beautiful family!"

Even Babel — who has yet to share his own announcement on his Instagram — commented on the photo, too, with a simple heart emoji.

Back in January, Mitchell revealed that she'd experienced a miscarriage in 2018, sharing the ultrasound photo on her Instagram Story. Then, at the end of June, she announced her pregnancy by sharing a YouTube video that not only shared the news, but also marked the beginning of her series about this time in her life, called Almost Ready.

"Everyone waits for the right time to make the announcement and for me it wasn't until I couldn't hide it anymore and was tired of wearing over sized sweatshirts," she wrote at the time. "We're beyond excited and looking forward to starting a family."

Since then, Mitchell has been regularly sharing updates from her pregnancy, both on YouTube and on social media. Almost Ready included five episodes, with the most recent one covering the possibility that she may need a c-section due to the position of her baby toward the end of her pregnancy. Mitchell and Babel also used the series to showcase their discussions about whether or not she'd get an epidural, as well as showing off their Power Rangers-themed gender reveal.

Mitchell hasn't confirmed if she will share her parenthood journey in the same way that she's shared her pregnancy, but either way, it looks like she's already enjoying her first days of being a mom.

More like this
Britney Spears Shared The Real Reason She Shut Down Her Instagram Account
By Brad Witter
Jennifer Coolidge Hunted For Jewels & Lashes In J.Lo’s Hotel Room
By Jake Viswanath
Jameela Jamil Defends Sam Smith After Trolls Body-Shamed Them
By Jake Viswanath
Blake Lively Is Trolling Ryan Reynolds Again – Over Wrexham FC
By Sam Ramsden
Get Even More From Bustle — Sign Up For The Newsletter
From hair trends to relationship advice, our daily newsletter has everything you need to sound like a person who’s on TikTok, even if you aren’t.