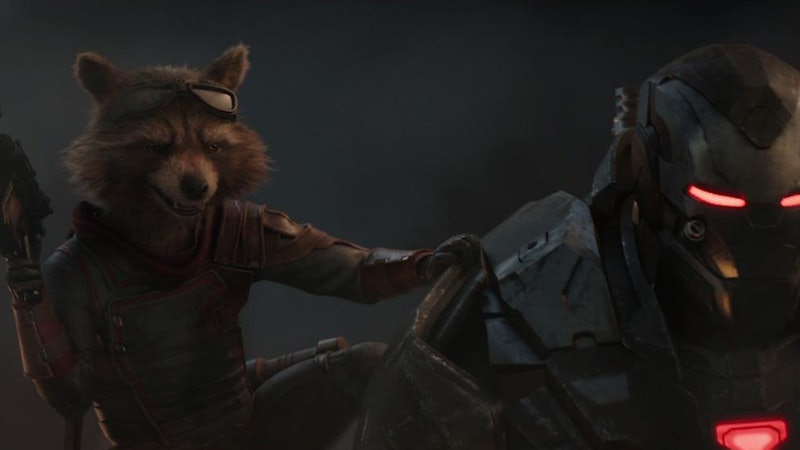 Avengers: Endgame arrives on April 26, and judging from the shutdown of online ticketing services on the day tickets became available, it seems that just about everyone is going to theaters to see it as soon as it premieres. After all, it does mark the end of an era, especially since this fourth installment to the Avengers film franchise is probably the last time we'll see many of the original team. You have a lot of options when it comes to types of screenings, so should you see Avengers: Endgame in 3D?

Endgame follows the story of the remaining Avengers following the effects of Thanos's universe-altering Infinity Gauntlet snap in Avengers: Infinity War. And because the whole point to the film is to end Thanos, and end this endless Infinity Stone saga, there's bound to be a lot of exciting action involved in the film. What are Marvel films — and superhero films in general — after all without the action?

Based on the trailer, there are also going to be a lot of trippy scenes set in outer space. With all of this in mind, it might seem like a good idea for fans to fully immerse themselves in the experience and view the movie in all its three-dimensional glory. But there are many factors you should consider when deciding.

One of the main things to keep in mind here is that the movie is long AF. The total runtime for the film is three hours and two minutes, and you need to think about what that's going to look like in 3D. You're going to be wearing glasses the whole time — even when the characters are just having a sit-down conversation. So if you're someone who isn't exactly comfortable with wearing frames through a movie, then a 3D showing's definitely not for you.

Another factor to consider is how well you'd handle the 3D effect for a prolonged period of time, as it'll make for a pretty intense overall experience. Aside from the enhanced depth perception, depending on the cinema, sound can also be designed to make the 3D visuals feel more real. And if you tend to be prone to dizziness, are someone who experiences vertigo, and/or easily get hit by sensory overload, then you might want to stick to the standard 2D screening of Endgame. No film, not even this most-awaited masterpiece, is worth the migraine.

But you probably should watch Endgame in 3D if you're the type of person who enjoys the heightened sensory viewing experience, and don't mind sitting through three hours of it. And if you want to really make the most you can out of the theater experience, especially since 3D isn't exactly something you can easily set up at home, then go for it.

I, for one, will be watching the movie in good old-fashioned 2D for now. You can always watch it in 2D first, then gauge if you'd like to watch it in 3D for the second time, or the third... or the fourth. As long as you get to watch it before all the memes and spoilers start coming out, it doesn't really matter.