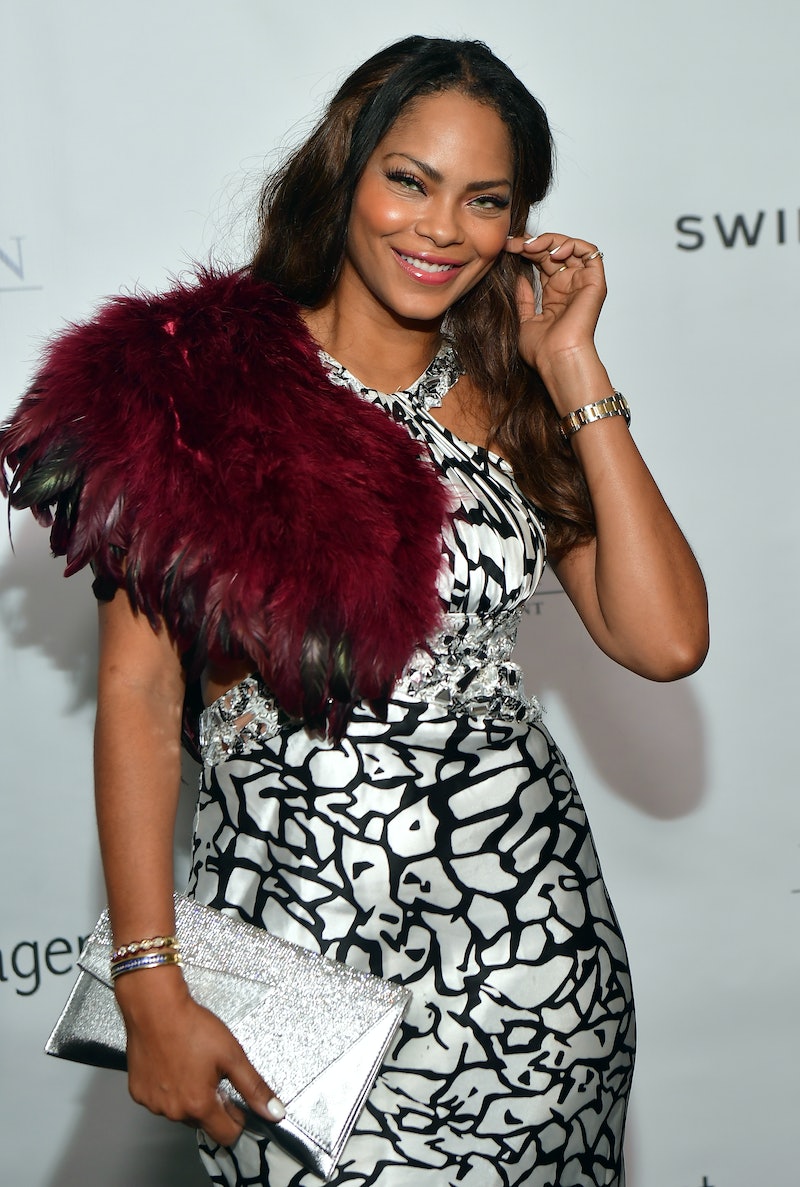 On Sunday's Season 12 premiere of The Real Housewives of Atlanta, a new woman stepped onto the scene, sending a drink to Kandi Burruss and spilling a hot piece of gossip. Sincerely Ward introduced herself as the man Porsha Williams' fiancé, Dennis McKinley, was rumored to have cheated on her with. It was clear right then new RHOA arrival is someone who likes to set the record straight — in this case, that she'd never even met Dennis — and on Instagram, Sincerely Ward is continuing to tell her side of the story.

Just to recap what happened on the show: Kandi, Cynthia Bailey, and Eva Marcille were having lunch at Old Lady Gang when a waiter appeared and said a woman had sent Kandi a drink (at her own restaurant, which is kind of weird, but whatever). The woman then approached their table, introduced herself as Sincerely, and said that she wanted to clear the air on something. She explained that while she was rumored to have hooked up with Dennis, she didn't even know him.

The whole thing did seem like it might be pre-arranged. (How would Sincerely know they were at Old Lady Gang? Wouldn't she have to be approved to be on camera?) But Sincerely has continued to speak out on Instagram, and according to her, she was just in the right place at the right time and made the most of the opportunity.

Sincerely posted Instagram Stories of herself watching the episode and then answered questions from followers about her RHOA appearance. In response to someone saying that the situation seemed staged, Sincerely wrote, "You can't make this kind of stuff up lol they film all over all the time. Atlanta is really small so it's not uncommon to run into people. Plus the food is good." She also said that she didn't "initially" know that the show was recording there and that the other women didn't know what was going to happen, either.

As for why she decided to speak up on the show, she said, "I feel like it's too many keyboard gangsters & this was more worth my energy to explain once & for all & not continuously address the lies." Fair enough. And anyway, Sincerely does have some previous reality TV experience, so she knows how to play the game; She was a cast member on the short-lived WAGS Atlanta in 2018. (In case you're wondering, in addition to that she's an actor, a private jet broker, and sells swimsuit coverups.)

Sincerely and Kandi's relationship was a little vague on the RHOA premiere. They knew each other, but didn't seem close. Sincerely clarified on Instagram that she knows the Xscape singer from "lots of mutual friends & just from being around Atlanta."

It's unclear at this point what Sincerely's future involvement on RHOA will be. As Porsha said on the show, "It does not make me feel better that this Sincerely girl is not messing with Dennis because in actuality it [the cheating] was with somebody else." (Dennis previously denied the cheating rumors. Now, he and Porsha are back together.)

Still, Sincerely left things open-ended as to whether or not she will return. In response to the very blunt question, "R u gonna swing on a bihhh this season on RHOA?" Sincerely wrote, "I’m a class act baby! I have lawyers for all of that. I would defend myself but I would never hit someone. I know how to use my words effectively."

Sincerely also said that she plans to take legal action against YouTuber Tasha K, who was shown in video clips in the episode making claims about the cheating scandal. In response an Instagram user who wrote "So Tasha really lied on you?" Sincerely said, "YES. And she will pay like she weigh. Currently in litigation." Meanwhile, Tasha denied on Instagram Live that they are in litigation, but rather that a cease and desist letter was sent. "Do you not know what litigation is?" she said.

Well, that situation is complicated in ways that extend beyond the RHOA world, but no matter what happens, Sincerely's Instagram Stories might be worth checking on Sunday nights. She's not afraid to speak out.

More like this
'RHOSLC' Star Jen Shah Refuses To Do A Post-Sentencing Interview With Andy Cohen
By Brad Witter and Jake Viswanath
The Bachelor’s Christina Mandrell Comes From One Of Country Music’s Most Famous Families
By Brad Witter
Kylie Jenner Clarified How To Pronounce Her Son's New Name
By Jake Viswanath
Khloé Kardashian Writes Touching Instagram Tribute To Tristan Thompson’s Mother
By Alyssa Lapid
Get Even More From Bustle — Sign Up For The Newsletter
From hair trends to relationship advice, our daily newsletter has everything you need to sound like a person who’s on TikTok, even if you aren’t.