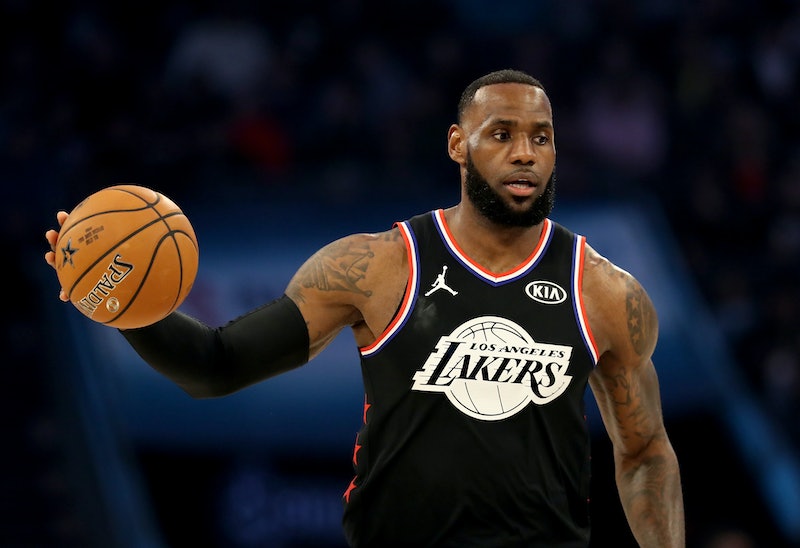 Come on, it's time to get hype because the Toon Squad are getting ready to hit the court once again. The Space Jam sequel starring LeBron James officially has a release date, with the NBA star set to lead a team of your favorite Looney Tunes to victory on July 16, 2021. So, buckle up fans, because you still have a little over two years to wait.

According to Entertainment Weekly, Space Jam 2 will be a follow up to the iconic 1996 film which starred Michael Jordan and a collection of NBA legends, alongside beloved animated characters like Bugs and Lola Bunny. That movie chronicled the Looney Tunes' attempts to win a basketball game with the help of professional basketball players. Sounds normal enough, until you learn that they were playing against a group of talent-stealing aliens who are hoping to make the Tunes the latest attraction at an outer space amusement park.

The long-awaited sequel to Space Jam has been in the works in some form since the 1990s, but wasn't officially confirmed until September, when Bleacher Report shared a video of the NBA Champion sitting onstage alongside his Toon Squad teammates, Bugs Bunny and Daffy Duck. And though no information about the sequel's plot has been released, it seems likely that the new Space Jam will also see some of James' fellow basketball stars hitting the court alongside the hilarious cartoon characters.

Spring Hill Entertainment — the production company founded by James, which will distribute the film — shared a look into the Squad's locker room back in September, 2018, revealing the talent that fans can expect both onscreen and on the court— with James and Bugs' names prominently featured. The photo also announced that Space Jam 2 would be directed by Terence Nance and produced by Black Panther director Ryan Coogler.

"I loved his vision [for Black Panther]," James told The Hollywood Reporter in September 2018. James went on, explaining that when he was growing up, there were no black superheroes to look up to. "So for Ryan to be able to bring that to kids, it's amazing," he added.

Space Jam 2 will mark James' second foray into acting, after his scene-stealing comedic turn opposite Amy Schumer and Bill Hader in Trainwreck. That performance helped make him one of the film's biggest breakout stars, but when director Judd Apatow and Hader pitched him the role, James originally thought it would be more like a cameo. "They were like, 'You're going to play yourself.' I was like, 'Okay, I can do that easily.' I can just show up, 'Hey, I'm LeBron. I can play basketball. I can shoot some jumpers. I can dunk,'" he told Entertainment Tonight in 2015. "It was like, 'No, you're actually going to be Bill's best friend in the movie, and you're going to be a love doctor. I'm like, 'Oh, so that means I'm going to have lines? Like more than one per scene?'"

Thankfully, James' acting chops were proven with his many hilarious scenes in Trainwreck, which should give '90s kids who are anxiously awaiting the Space Jam sequel some comfort. If there's anyone who can help the Looney Tunes earn a Championship Ring — and make audiences laugh in the process — it's King James himself.