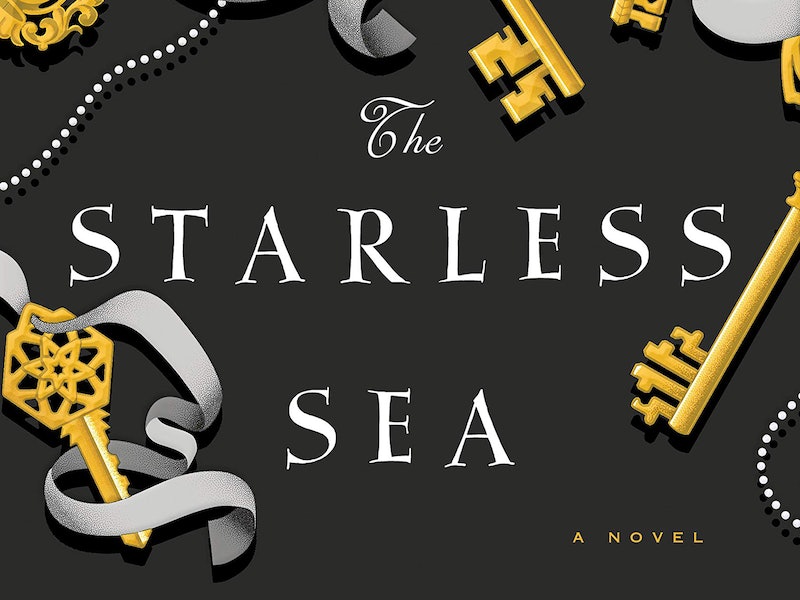 More than eight years after she published her breakout novel, author of The Night Circus has returned with an all-new book. You can start listening to Erin Morgenstern's The Starless Sea audiobook right now, exclusively on Bustle.

Published on Nov. 5, The Starless Sea follows Zachary, a university student who finds a book containing a true story from his childhood. Investigating how his life came to be chronicled in such a way, Zachary finds himself slipping into a previously unseen world of myths and fairy tales, where he finds two new friends — the pink-haired Mirabel and the handsome Dorian. The Starless Sea is a fantastical journey through a world made of legends, which Morgenstern spent two years disconnected from the internet to write. Writing the novel — considering the success of her first book, a New York Times bestseller with a dedicated fan base — was no easy feat.

“You have something very large to live up to," she told Bustle in an interview published this week. "I had to try to forget that as much as I could."

Erin Morgenstern's The Starless Sea is available now. You can now order the book or order the audiobook.

More like this
'Mayfair Witches' Already Changed 2 Major Characters From The Books
By Grace Wehniainen
'That '90s Show' Star Callie Haverda Got Advice From Mila Kunis & Ashton Kutcher
By Brad Witter
Prince Harry Incorrectly Recites Christina Aguilera’s “Genie In A Bottle” Lyrics
By Jake Viswanath
I Read Prince Harry's 'Spare' So You Don’t Have To: 11 Highlights To Know
By Marina Watts
Get Even More From Bustle — Sign Up For The Newsletter
From hair trends to relationship advice, our daily newsletter has everything you need to sound like a person who’s on TikTok, even if you aren’t.