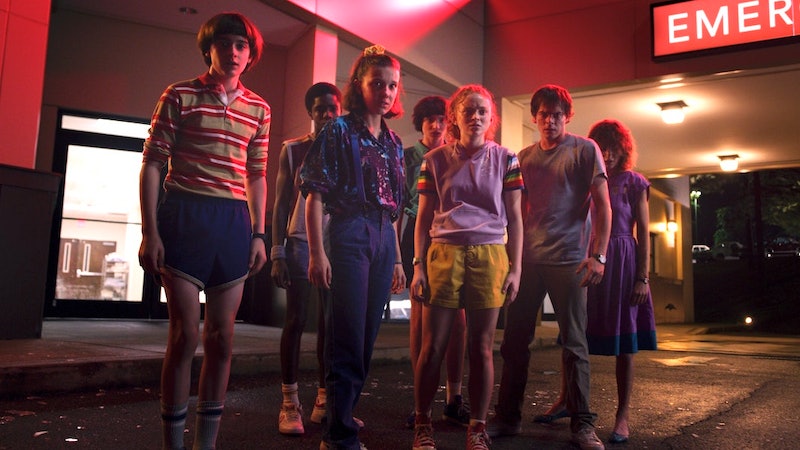 Netflix is the latest company to suspend production in light of the global coronavirus pandemic. Along with other scripted Netflix TV and film projects in the U.S. and Canada, Stranger Things will shut down production for two weeks due to the coronavirus. The production hiatus will take effect on March 16. The news comes after various entertainment events, such as music festivals, film festivals, and movie premieres, were canceled or postponed in efforts to minimize the risk of COVID-19 exposure among large gatherings of people.

Netflix joins a roster of other major media companies that have halted production because of the pandemic: ABC’s Grey’s Anatomy and The Bachelorette, CBS’ NCIS and Young Sheldon, and Apple TV’s The Morning Show are some of the major projects that have implemented a hiatus for its cast and crew. The CW’s hit teen drama Riverdale shut down production on March 11 after a production member came in contact with an individual who tested positive for the coronavirus.

Stranger Things’ hiatus comes a few days after the cast and crew convened for their first Season 4 table read on March 3. Per Deadline, the hit horror drama was slated to shoot in New Mexico after three seasons in Atlanta. Momita SenGupta, Netflix’s VP of Physical Production, told Deadline of the location change on March 9, “Season 4 is bigger, bolder and more intricate than ever. So, this is the first time the show will be traveling beyond Atlanta.”

As of March 13, there are over 1,600 coronavirus cases in the U.S. and more than 124,000 cases across the globe, per the CDC. And according to WHO, about 5,000 people across 123 countries and territories have died. On Friday, Donald Trump declared a national emergency to unleash $50 billion in federal resources to combat the pandemic.

More like this
What's New On Netflix: A Third '365 Days' Movie & Lili Reinhart’s New Film
By Arya Roshanian
What’s New On Netflix: 'Never Have I Ever' & 'Indian Matchmaking' Return
By Arya Roshanian
'Stranger Things' Season 5 Will Echo Season 1 In A Key Way, The Duffer Brothers Confirm
By Kadin Burnett and Sophie McEvoy
Everything To Know About The HBO Max & Discovery+ Streaming Service Merger
By Brad Witter
Get Even More From Bustle — Sign Up For The Newsletter