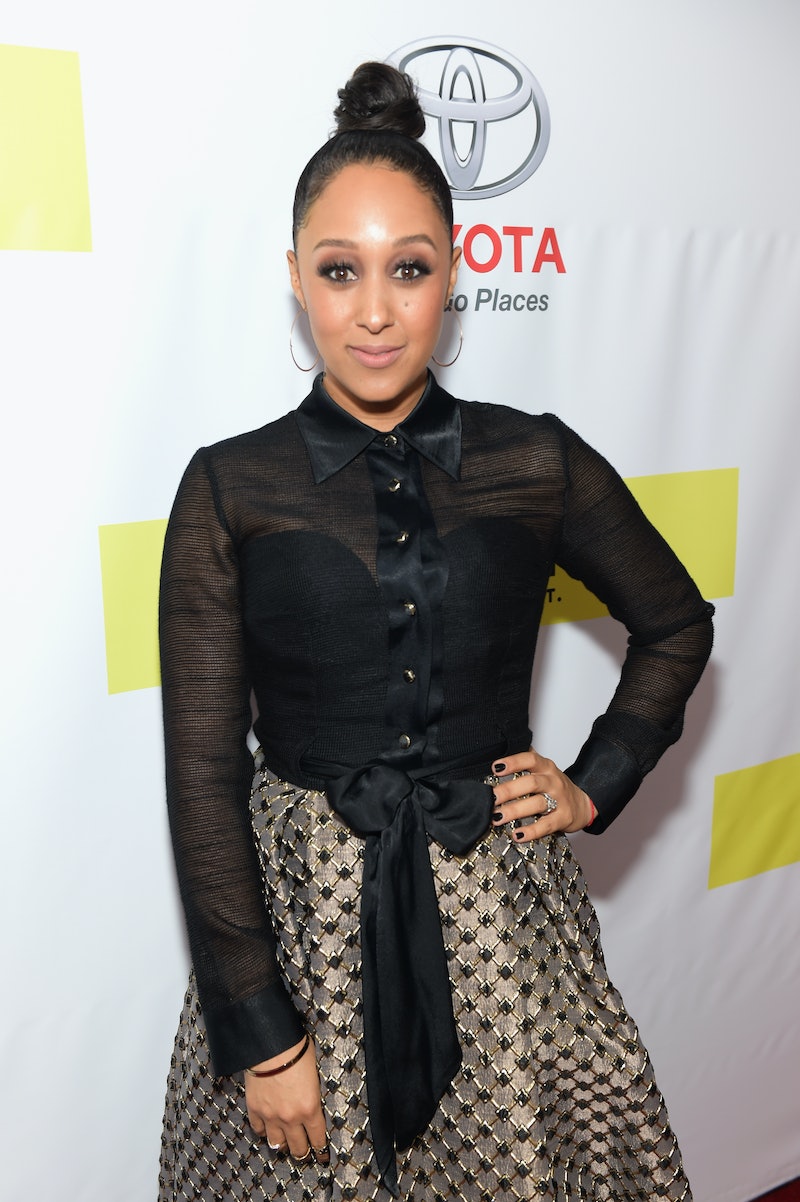 On Monday, Nov. 26, Sister, Sister star and talk show host Tamera Mowry-Housley returned to The Real to speak candidly about the Thousand Oaks shooting which resulted in her niece, Alaina Housley's death. During The Real's live show, she told viewers that Alaina "would want" her to appear on the show and to "use her voice." And that's exactly what she did in an incredibly raw and moving moment.

Her 18-year-old niece is gone, but Mowry-Housley is making sure her memory will live on. Through her powerful words, the host made it clear that after Alaina's death, she will be speaking out about gun violence. On The Real, the host said,

"We need change when it comes to gun violence. And I don't care if I have to knock on the doors of the White House to do it, to advocate change. Alaina was very sweet and loving and kind. She was also a debater. So she would want me to debate that."

Mowry's The Real co-host Adrienne Bailon also weighed in, calling the mass shooting "a horrible and unnecessary tragedy." Alaina, who was in her first year of college at Pepperdine University, was killed along with 11 other people.

"We should never have to fight for the safety of our children," Mowry-Housley said on The Real. She also encouraged people to talk to their representatives in Congress.

"She would want me to move forward and to use her voice as a catalyst for change, and that's why I am here today," she said during the episode "That sweet 18-year-old girl impacted people in such a positive way, and that's how we've been able to move on."

Mowry-Housley also said that, for her, grief included finding the "balance of moving forward and grieving at the same time." The Sister, Sister actor explained,

"I don't like to say 'move on,' because I don't think I'll ever move on from the fact that she's not here with me, or with our family. But she would want me to move forward."

On Nov. 8, Mowry shared a photo of her niece, writing in her tribute that she'd known Alaina since she was five. Mowry wrote in her Instagram caption,

Her husband, Adam Housley, also shared a photo of Alaina, writing that he was "heartbroken" over her death.

On Monday, Mowry also shared a new Instagram post about her return to The Real. "I was nervous, anxious and determined to speak for Alaina," the actor and host wrote in her Instagram post. "I truly believe she helped me today."

Her message on The Real is a powerful reminder of the pain that mass shootings continue to cause families across the country. As Mowry-Housley said in her heartfelt speech on Monday, she and her family members will move forward, but Alaina's memory will be honored as they seek change within the nation to prevent mass shootings from ending more lives.