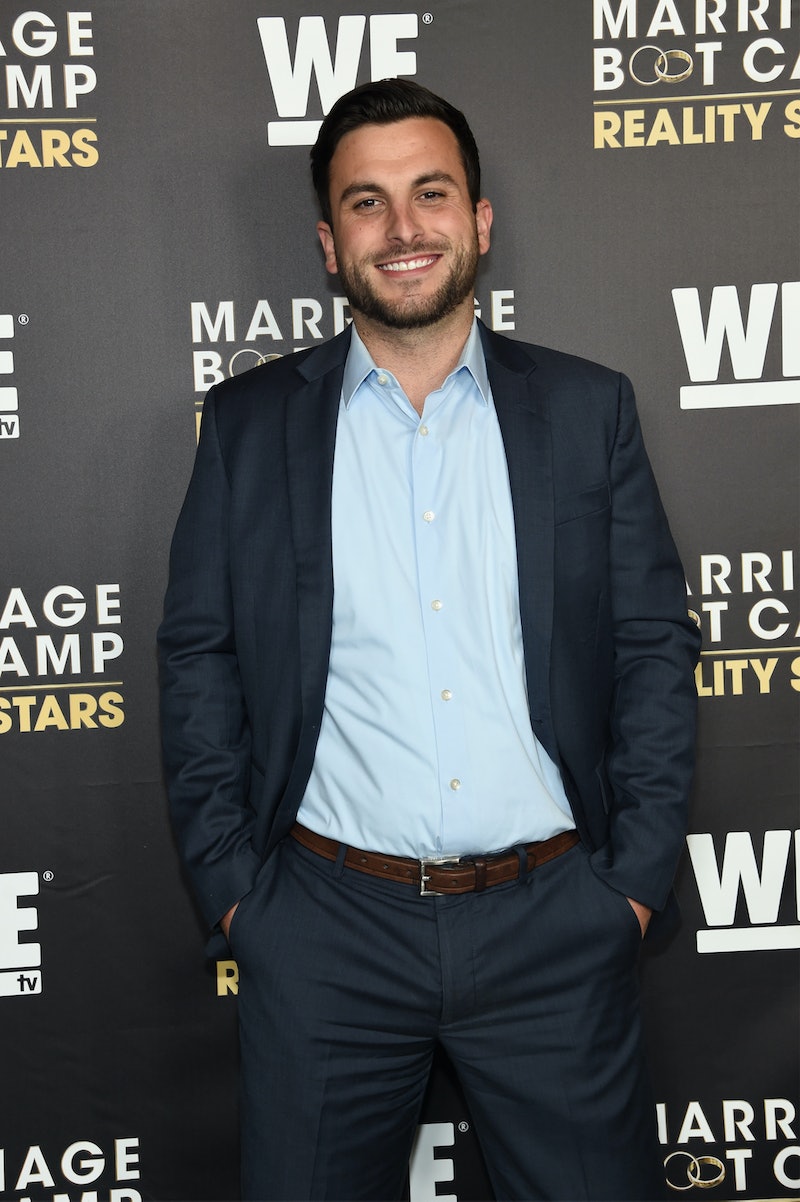 The forecast in Bachelor Nation is very shady. Then again, considering the contestants who are left on The Bachelorette, the shade seems pretty warranted. Even Bachelor in Paradise fan-favorite Tanner Tolbert shaded Bachelorette contestant Jed Wyatt and his singing abilities. At this point, it's tough to decide if the fandom is more against Jed or Luke Parker, aka Luke P., but even franchise alums can't help getting in on the jokes.

Tanner responded to a video his wife Jade posted of their daughter Emerson singing to Instagram on July 9. In the caption, Jade wrote, "Emmy’s first singing performance! Ahhhh I love her sooo much; she puts the color into our world! The jazz hands at the end have me rolling." It really is such a sweet video, but Tanner definitely changed the narrative with his comment. He joked, "She's a better singer than Jed."

Unfortunately for Jed, that's a comment most Bachelorette viewers might agree with. Whether that's an honest review of his vocal abilities or a skewed opinion based on his rumored off-screen antics, Jed has a lot of drama going on, especially when it comes to his music career and his love life.

In a June interview with People, Jed's ex-girlfriend Haley Stevens claimed he went on the show solely to promote his music career. She even claimed she supported this move and intended to resume their relationship when he was done filming. Ever since then, Jed has been maligned by the fandom on social media.

In an Instagram post shared on Monday, Jed told viewers that he would respond to the accusations when he was able to, i.e. when he's eliminated from the show or when the season ends if he makes it all the way to the finale.

No one could blame fans, or Tanner, for being upset on Hannah's behalf. In fact, the Instagram comment wasn't the first time Tanner threw some shade in Jed's direction. When the ex-girlfriend went public with her accusations against Jed in June, Tanner pointed out something pretty ironic. In the season premiere, Hannah kicked Scott out of the Bachelor mansion because he had a girlfriend.

On June 19, Tanner wrote, "Didn't she wend that Scott guy home on night 1 for the exact same thing?" Yes, she did. If only she knew about Jed's (perceived) shadiness during the filming. It would have saved us all from the constant promotion of his "music career" that we've been subjected to all season long.

When it rains it pours, right? Or at least it does with this cheating scandal. E! News reported that Jed may have slept with another woman while he was dating Haley, the girlfriend who supposedly let him go on the show to deceive Hannah.

In response to a tweet linking to that article, Tanner wrote, "Hope she doesn't pick this [clown emoji]." Same here, Tanner. However, Hannah did tell Jed to his face that she was "falling in love" with him. She didn't say this to any other contestant. So clearly, he has a legitimate shot at getting that final rose.

Of course, the main focus of Jade's Instagram post is Emmy's adorable singing abilities, but it all comes back to the Bachelor franchise, doesn't it? No one could blame Tanner for taking the opportunity to make a joke about all the Jed drama.