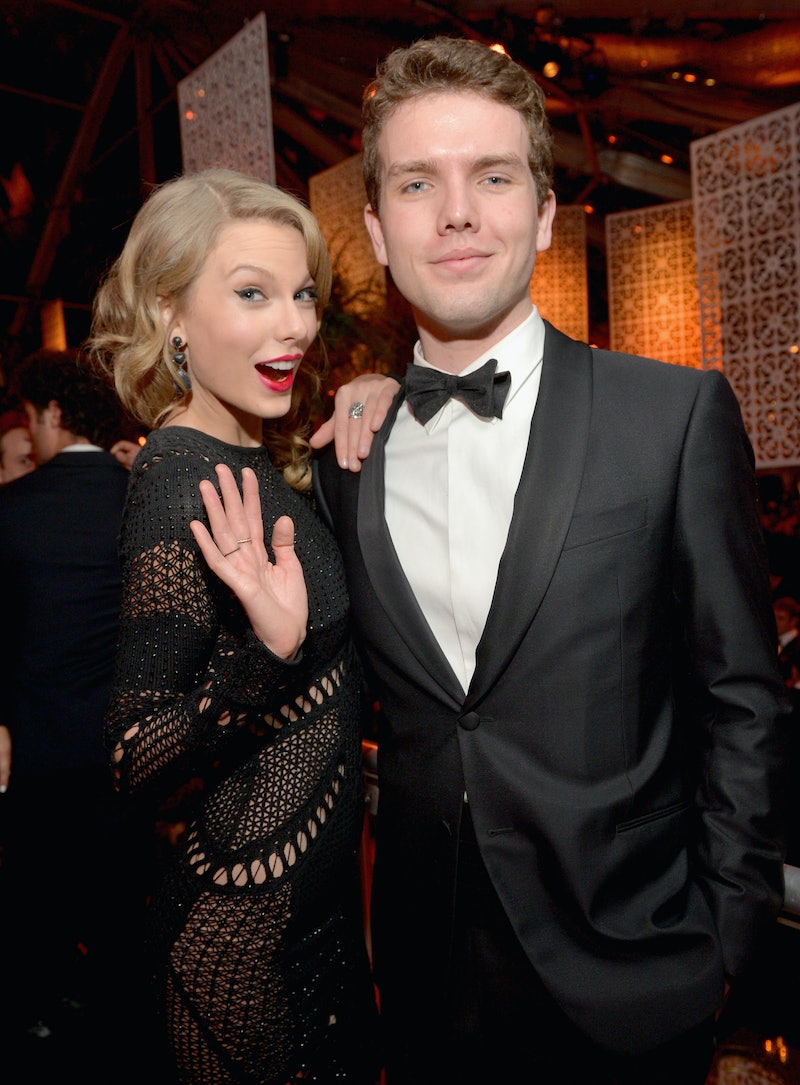 Baby, let the games begin! Taylor Swift has been keeping herself busy by teasing fans endlessly about what she's going to release on April 26, but she took a break for Easter Sunday. Instead of teasing fans, she indulged in a daunting game… of Easter eggs. To celebrate both the holiday and the second episode of Game Of Thrones’ final season, Taylor Swift started a Game Of Thrones battle with her brother Austin Swift, using decorative eggs rather than lethal weapons of course (classic), and shared the results with fans on Instagram. Spoiler alert: Swift might not be sitting on the Iron Throne any time soon.

Swift shared a clip of her fitting festivities to Instagram stories, captioning it “Pre Game of Thrones Easter Egg Battles." The hilarious video had the theme song to the HBO phenomenon playing in the background as the older Swift sibling, the singer, laid down the ground rules for this all-important competition. As all younger brothers do, Austin did not listen. “You can’t… You gotta stay… The rules are that you stay within… you can’t do that,” Taylor fumbled, before simply giving in and playing by her brother's rules. “This is not a way we play,” the singer told him, although it should be pointed out that his decision to break the rules is a classic GoT move.

The dueling siblings both went at each other at the same time, ramming two eggs into each other, but it was Austin who broke his sister’s egg and emerged victorious as the rest of the family, including their mother Andrea, cheered him on. Swift took her devastating loss in stride, laughing and throwing the remains of her egg at her brother. Frankly, the family easter egg battle was almost as riveting as any fight Arya Stark has been involved in.

Easter egg battle loses aside, the singer has much bigger battles ahead of her, and she’s already winning. We’re just over three days away from the singer’s promised big reveal on April 26, and she’s been teasing the date more than ever on social media. Her newest teaser photo, posted on Monday, April 22, shows a line of people in pastel suits donning corresponding spring-colored briefcases, with the heads and most of their upper bodies cropped from the picture. It’s possibly the most mysterious photo that she’s posted yet (along with the one featuring chicks in fabulous sunglasses).

While the subject of her upcoming announcement is still not official just yet, all signs are pointing to new Taylor Swift music coming soon. Her new label, Republic Records, is counting down to the date right along with her (and the rest of us) by retweeting some of her teaser posts, and fans have been buzzing about the impending arrival of the singer's next era ever since her iHeartRadio Music Awards speech, in which she promised that fans would be "the first to know" when she decided to release new music. What these teasers have to do with her next era remains a mystery, but it's safe to say that whatever she has up her sleeve will be just as bright and colorful as her Instagram.