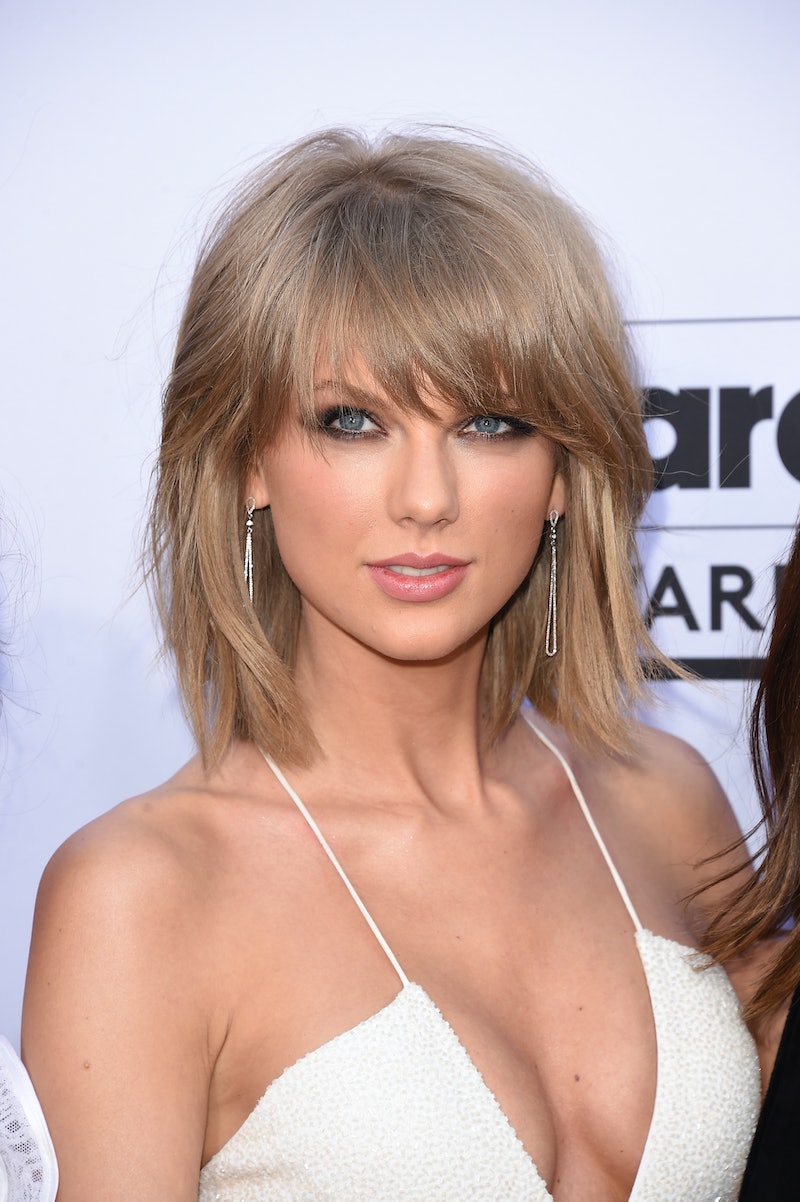 On Thursday, Grammy-winning artist Taylor Swift testified against a radio DJ who she alleges groped her at a meet-and-greet in 2013. According to Swift’s deposition, DJ David Mueller “took his hand and put it up my dress and grabbed onto my ass cheek, and no matter how much I scooted over, it was still there.” After Mueller lost his job in the wake of the allegations, he sued Swift for defamation. And now, Swift is countersuing for $1. And if you made it this far and think Swift’s trial is about “just a butt grab,” you couldn't be more wrong.

Yes, an alleged butt grab is at the crux of the trial, but it isn't just an alleged butt grab. "Just" minimizes the severity of the alleged incident — and other instances like it, for that matter. To shrug off the alleged act as “just a butt grab” is grossly dismissive; reaching up someone’s skirt without consent is sexual assault and should be treated as such, full stop.

Swift's claims of what allegedly happened at the meet-and-greet in 2013 don't sound like a friendly misunderstanding, but a deliberate violation. According to BuzzFeed reporter Claudia Rosenbaum's account of the trial, Swift testified, "[Mueller] stayed latched on to my bare ass check as I moved away from him visibly uncomfortable." She reiterated this time and time again, never once losing sight of who was allegedly at fault for this alleged violation. (Mueller denies that he did anything inappropriate during the photo session.)

As Swift’s $1 countersuit indicates, this trial is not about the money. It’s about the alleged violation and, as her court papers state, “serving as an example to other women who may resist publicly reliving similar outrageous and humiliating acts.” It's about remembering who is in the wrong when any sexual assault happens. And an alleged "butt grab" is sexual assault, however harmless it may sound.

Some joked on Twitter that Swift "doesn't have an ass" to grab, which is offensive on about a thousand levels. Not only is it a nasty response, but it's a dismissive reaction that could potentially send a message that only certain kinds of sexual assault are worth speaking out against.

It's important that we take Swift's claims — and claims like Swift's — seriously.

This trial is about not sweeping sexual harassment under the rug. It’s about letting other people know that they don’t have to remain quiet when things like this alleged incident happen. It’s about making it clear that an unwanted butt grab is never, ever just a butt grab.

More like this
Everything To Know About Taylor Swift’s 10th Studio Album, 'Midnights'
By Grace Wehniainen and Jake Viswanath
Taylor Swift Wants To Direct A Movie Next — But You Might Have To Wait
By Radhika Menon
Britney Spears Shares Unknown Details Of Conservatorship In New Voice Notes
By El Hunt
Taylor Swift’s Latest ‘Midnights’ Look Went Heavy On The Glitz
By Allie Fasanella
Get Even More From Bustle — Sign Up For The Newsletter