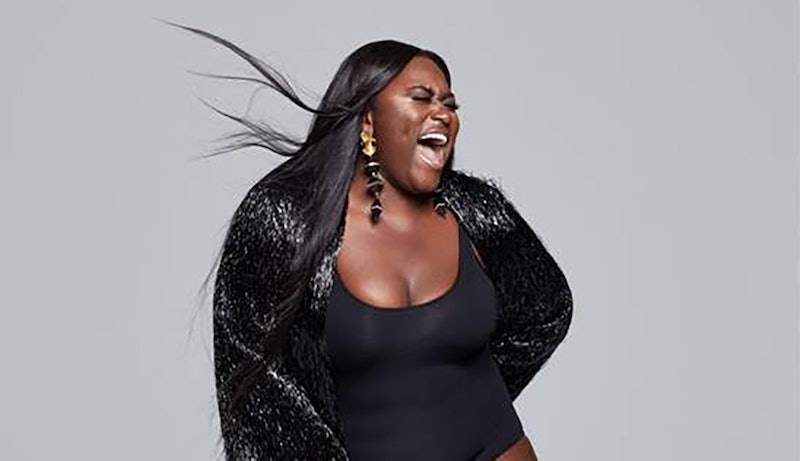 After days of an intense standoff with prison officials and police, barricaded behind the doors of the prison while her fellow inmates ran wild, Orange Is the New Black's Tasha "Taystee" Jefferson (Danielle Brooks) was so close to coming to an official peaceful resolution to the riot she inspired at Litchfield. Orange Is the New Black's entire fifth season took place over just a few days, detailing the escalating riot inside the prison after Taystee's friend Poussey Washington (Samira Wiley) was killed by a guard, and Taystee took it upon herself to fight for the rights of inmates everywhere. She hoped to better the conditions inside prisons and hopefully get justice for her friend, and she really almost did it. But things spiraled out of her control, she lost her leverage, and a SWAT team stormed Litchfield, taking away her chance at a peaceful negotiation.

By the time the Season 5 credits rolled, the question on everyone's mind was what happens next? One year later, and Orange Is the New Black fans will finally get their answer. Season 6 (streaming Friday) picks up about a week after the riot came to an abrupt end, and Brooks tells Bustle that all the women — regardless of the level of their participation in the riot — "are definitely going to be in trouble."

"All of us are going to max[imum security]," Brooks says, breaking it down plainly. "There is no upward glorious victory moment that's going to happen as far as inmates starting a riot and an officer being killed. There is no way to get justice after something like that happens, unfortunately."

While the riot began with good intentions, the lethal results mean none of the women are getting out this mess unscathed. "We're going to see these girls go through transition and we're going to see them move out of the comfort zone of Litchfield," Brooks says. Every single woman who was at Litchfield will suffer the consequences of the riot, both the women rounded up outside and shipped off in two separate buses and the women holed up in the empty pool as the SWAT team descended.

"Those two buses are going in two different directions with other beloved characters that fans really love too, so really it's a coin toss on where everybody is going to end up," Brooks says. "These relationships, these tribes, will they get to stay together and make them stronger? We saw them last season all in solidarity. Will they stay that way in this new environment and work together to make sure every woman's story is told honestly and they don't end up getting longer sentences for something they didn't do, or will these women crack under pressure and create new narratives for their own benefit? Will they take plea deals? Will they do the right thing or not?"

She takes a breath, then adds, "All of them are fish out of water this season. All of them are trying to figure out how to stay afloat. That's the gist of where we're headed."

Season 6, much like Season 5, is a big one for Taystee. As the very public face of the riot, she's at risk of being blamed for the whole thing. But going through the experience of leading the charge for justice for Poussey has changed Taystee at her core.

"We see Taystee transform so much, from somebody who was running around eating donuts and bribing guards for candy to someone who really, at the end of the day, has found her voice in fighting for justice and for Poussey and prison reform and its limited resources," Brooks says. And while it's never too late for a person to find her voice, unfortunately for Taystee, that doesn't mean all her problems are going to go away. She's still in prison (for the second time), and risks having even more years added to her sentence for her role in the riot. And remember, two guards ended up dead by the end of Season 5 when Piscatella was accidentally shot by the SWAT team during the raid at the end of the Season 5 finale. That doesn't mean anything good for Taystee and the rest of the women.

"It's very devastating as an actor to witness your character make some of the choices that she's made," Brooks says. "At the end of the day, she really did try to do her best, but we're showing you that life isn't that easy, life doesn't come that easy for some and it's not fair. That's what Jenji [Kohan], our writer, creator and showrunner, is trying to remind the audience — as much as we wish these circumstances could be tied up with a nice ribbon, packaged really nice like everything is going to be okay, that's not really how life works, unfortunately."

That's not to say that Taystee finding her voice was a mistake. In fact, it's the best thing to happen to the fan-favorite character, despite her less-than-favorable situation. Brooks is proud of how far Taystee has come over the past few seasons.

Though she made a difficult-yet-admirable decision, her "victory" is going to be fleeting. When Season 6 picks up, Brooks reveals that Taystee is "in a state of shock of what just took place and what didn't take place."

"Remembering the fact that we are going off three or four days in Season 5, she's still dealing with the grief of losing Poussey," Brooks says. "I don't think that she has really let that sink in and now while she's still dealing with that grief, she's also very scared for her own fate being the one who started the riot. Will these girls have her back or not? She's afraid this whole thing will be put on her shoulders."

With so much up in the air, Season 6 will find Taystee learning how to fight for herself in a way she never has before. "She has shown time and time again that she's loyal and she will fight for people that she loves like Vee, like Poussey, like Crazy Eyes, like the entire prison community," Brooks says. "But now it's her time to really fight for herself for the first time. Does she have the capability to do that in a world that isn't standing for her and fighting for her? How does one continue to have hope and faith when she feels like there is nothing left to put her faith or hope into?"

If that is beginning to sound pretty dark, that's because Season 6 is going to be quite a dark journey for Taystee. Brooks teases she will be "dealing with betrayal" from some surprising sources this season. "Dealing with your chosen family, dealing with people, people will fail you," she says, letting out a sardonic laugh. "The people that you think are ride or die, they have your back the hardest and the most, will still find a way to fail you. Nobody's perfect and I think that's what struck me the most this season." Okay, consider us officially, seriously worried about Taystee — at least until we can find out her fate ourselves when Orange Is the New Black Season 6 drops Friday on Netflix.

More like this
Here’s Why 'Pretty Little Liars: Original Sin' Season 2 “Won’t Be The Same”
By Kadin Burnett
Does The 'Echoes' Ending Mean There Will Be A Season 2?
By Kadin Burnett
An Ultimate Guide To The Music Of 'Rap Sh!t'
By Brad Witter
How Marvel’s 'She-Hulk' Changes Her Comic Book Origin Story
By Brad Witter
Get Even More From Bustle — Sign Up For The Newsletter