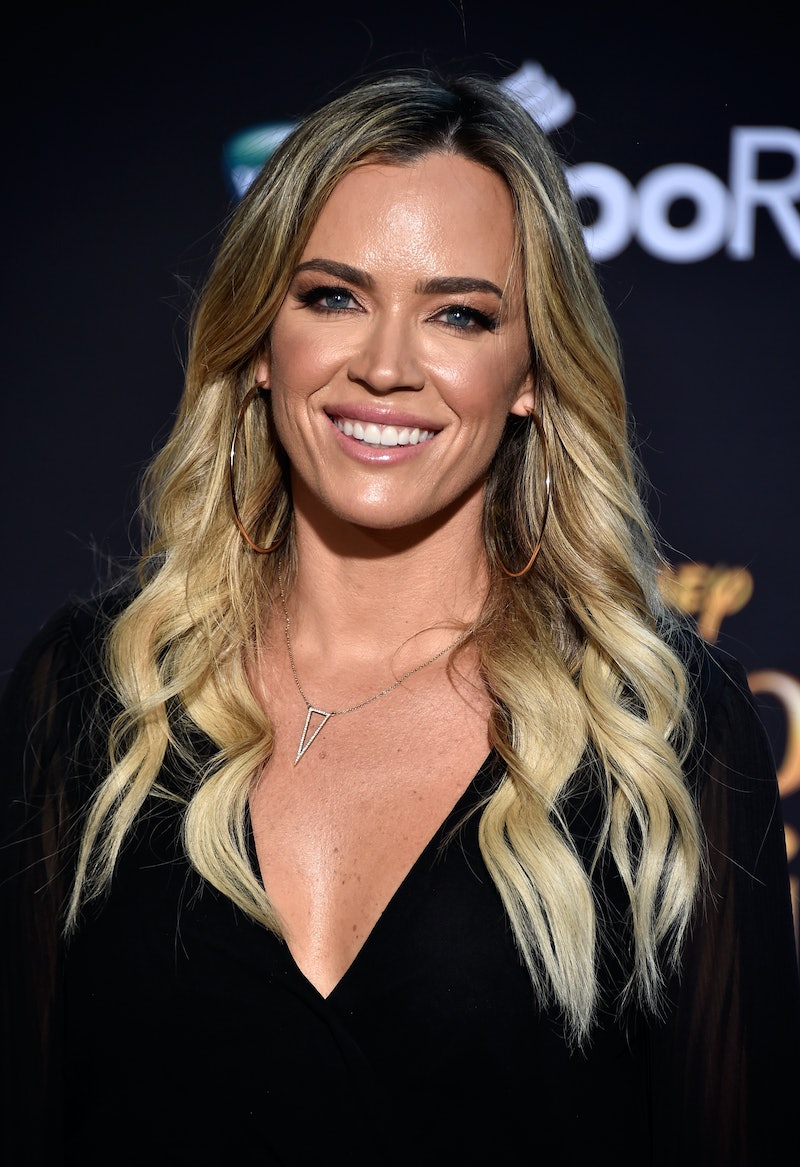 Soon there may be a new guy in town on Vanderpump Rules — with a fun Real Housewives connection. Teddi Mellencamp's brother Hud could be making a cameo on Vanderpump Rules in the future, as he now works for Lisa Vanderpump at one of her many restaurants. Basically, you might just find him getting in on the SUR shenanigans this season.

On the Dec. 16 episode of the Bravo series, Teddi talked to her Real Housewives of Beverly Hills costar Lisa about possibly hiring her brother, Hud Mellencamp. The Housewife told her friend that her younger brother was set to move to Los Angeles soon and would be looking for work. Lisa gladly told her friend that she would interview Hud for a position at one of her restaurants.

Lest you wait to see how the everything pans out with Hud on the show, one of Teddi's Instagram posts from July gave an update on her little bro's work situation, according to BravoTV.com. As it turns out, Lisa did end up hiring her costar's younger sibling. And based on the post, he's getting the chance to show off his chops at one of the hottest and newest restaurants in Los Angeles: Tom Tom.

On July 12, Teddi wrote about how proud she was to see her brother working super hard at his new gig. She said:

"This is officially the first time my brother has ever picked up after me so I had to document it with a photo. You looked super cute working at Tom Tom last night @hudmoney. Love you and so happy you are living in LA so we can spend more time together aka I can bug you as much as possible. #bestoldersister aka #mostannoyingoldersister #loveyou #siblings #tomtom is amazing @lisavanderpump congratulations 🎉"

It's nice to see that Teddi's brother has already been accepted into the Tom Tom fold. And it's an especially exciting career move since the restaurant, partially owned by Pump Rules cast members Tom Sandoval and Tom Schwartz, only recently opened.

As fans of the series already know, Tom Tom has been in the works for some time now. Throughout Season 6 of the series, the Toms worked alongside Lisa and her husband, Ken Todd, to try and open up their new bar. Come Season 7 and... it's still not quite ready to open its doors just yet. However, clearly Tom Tom is set to open its doors sometime during the current season, as a preview for what's to come showcased.

It's also a given that fans will get to see the bar's opening as the event officially took place in early August (which is around the time that the show films). On Aug. 6, Bustle got to speak with Lisa about the opening of Tom Tom. "It’s been a labor of love and a collaboration between all of us, and you know, I like to be very hands-on," she said, "So when you work together, and there aren’t assistants, and there aren’t other designers, it’s just us working together, I think it’s really been a passion project, and I think that very much comes through.”

It'll certainly be exciting to see how the grand opening of Tom Tom plays out on Pump Rules, if the sneak peeks of the big event are any indication. Based on one particular, Housewives-adjacent new hire, the bar is also sure to have some brand new faces joining the mix, which will only add to that excitement.