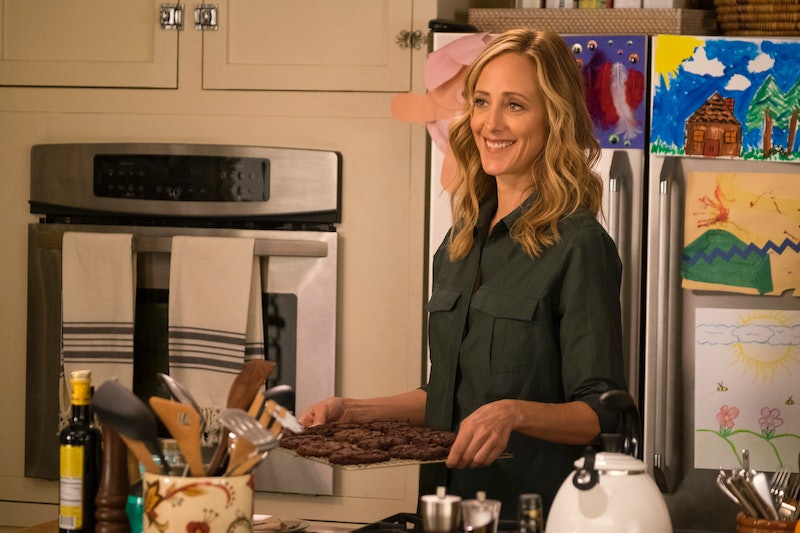 Relationships on Grey’s Anatomy are complex in general, but few are more of a rollercoaster than Teddy Altman and Owen Hunt. Both have been with and married other people, but they just keep coming back to each other. It’s like we can’t get rid of them at all. Kim Raver, who plays Teddy, was away for a handful of seasons, but she’s back, and guess what? Teddy is pregnant. With Owen’s baby. But Owen and Teddy are not together in a romantic capacity at the moment and the last time they saw each other, things were tense. Yeah, I told you it was complicated, which is why this Teddy and Owen’s relationship timeline on Grey’s Anatomy is almost as fraught with peril as, well, the rest of the show.

Meredith and Derek were the OTP of Grey’s Anatomy, and though many have tried to live up to them, many have failed. Izzy and Alex? Nope. Alex and Rebecca? Um, no. Owen and Cristina? Not in a million years. George and Izzy? Absolutely not, and I’d prefer if you didn’t bring it up again. Arizona and Callie are the closest love story to Meredith and Derek. And if Meredith and Derek are the top, well, Teddy and Owen are on the bottom. These two can’t make it work. Like, at all. Teddy is a nice girl and Owen is a sentient G.I. Joe action figure. She should really just move on.

But will she? No, she won’t, especially not with a baby on the way. And in order to understand Teddy and Owen’s current predicament, we have to go back, back to where it all started.

They Met In The Army

Teddy joined the army after September 11, and as soon as she enlisted, she was thrown together with Owen. They became besties, which was cool, except Teddy was in love with Owen while he was engaged to his fiancée, Beth. Teddy, Owen, Nathan Riggs, and Megan, Owen’s sister, used to hang out, but while Teddy was busy pining away, Megan disappeared and it drove a huge wedge between Owen and Teddy.

Owen Sent For Her From Seattle

Owen, ignoring that Teddy was in love with him, invited Teddy to come to Seattle to work with him, mostly because he really doesn't seem to understand women at all. Teddy made a friend in Arizona, but was less than thrilled with her protege, Cristina Yang, given that she and Owen were together at the time. Owen didn’t tell Teddy this, even though Teddy would be working directly with Cristina. Not cool, Owen. Then again, Cristina was so hungry for success that she was even willing to give Owen up. That woman was smart.

Teddy and Owen fought about their relationship more, Teddy slept with Mark a bunch, they survived a mass shooting during which Teddy tried to make Owen choose her over Cristina, Owen and Cristina got married, and then Teddy married a patient so he could have health insurance. That guy, Henry, died, which is when Teddy left Seattle. She told Owen to “fight for Cristina,” because she is a martyr, too, and almost as cloyingly dense as Owen.

Then He Went Running Back To Her

Remember how Megan Hunt went missing and was presumed dead? She wasn’t dead, and Teddy accompanied Megan back to the United States from Germany to bring her home. By now, Owen and Amelia had gotten together, married, and split up, and Teddy seemed to have sort of moved on, too. But after Amelia and him broke up, Owen jetted to Teddy’s house in Germany the middle of the night. It was supposedly a romantic night and gesture, but then Owen was all, “I actually just left my wife and that's why I came here."

Teddy told Owen to get packing because he clearly needed to process everything that happened to him. She said he always needed to be in a couple, and he brought up Henry. They had a huge fight that ended with Teddy declaring she wouldn’t be a consolation prize, and Owen left. Boy, bye.

Teddy returned to Grey Sloan a few months later, and she was looking for a job. She admitted she was pregnant, but when she went to Owen’s house to surprise him (that’s one hell of a surprise), Betty, Owen and Amelia’s ward, was there, and — smash! — whatever was in Teddy’s head about her and Owen exploded. She's been in town for weeks and still hasn't even told him. But she'll have to eventually.

You got all that? Owen and Teddy’s relationship is one big cluster-you-know-what, and this baby’s sure to complicate things. Owen has always wanted kids, so where does this story end? I guess we’ll have to tune in and see on Grey's Anatomy.