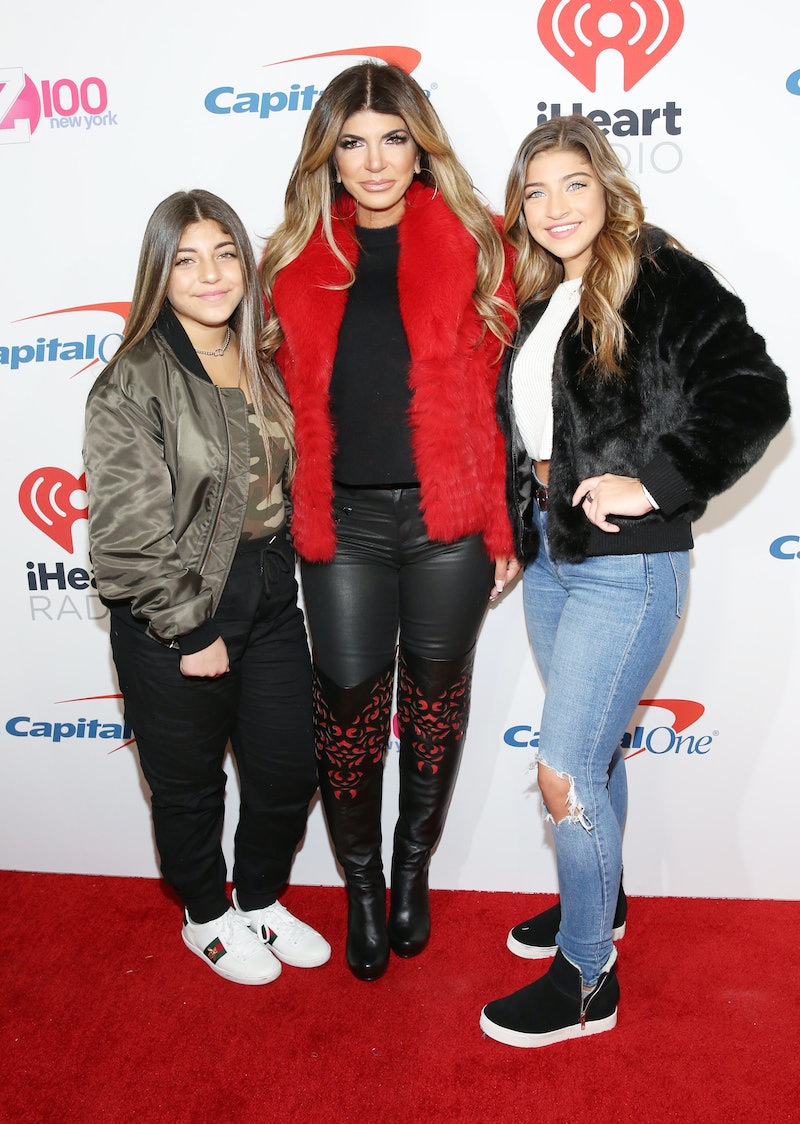 This news might seriously shock Real Housewives of New Jersey fans — and make them super emotional. Teresa Giudice celebrated Gia Guidice's 18th birthday on Tuesday. Yes, Gia is 18 years old. What? How? When? Gia grew up so fast. It only seems like yesterday that she was just a little girl running around RHONJ and becoming a scene-stealer in the process.

Like the loving mom she is, Teresa shared a video collage on Instagram of Gia throughout the years, which makes it even harder to believe that her oldest daughter is now considered an adult. If you've been watching RHONJ since it premiered in 2009, Gia has pretty much grown up right in front of fans' eyes. Even Teresa can't believe her firstborn is already 18.

"The day I became your mom was the day I found purpose in my life. Gia, you are such a sweet, gentle loving smart person and I’m so fortunate to be chosen as your mother. Thank you for being such an amazing big sister, cousin, niece, friend & all the other roles you play, I don’t know what I’d do without you."

If for some reason you needed proof of how much Teresa enjoys being a mom, her post for Gia should convince you. There's no denying the Bravolebrity adores all of her children with every fiber of her being.

In her birthday post, Teresa also expressed how hard it is for her to digest how old Gia is and the young woman she's turned into.

"You’ll never understand how much I love you & how grateful I am. I’m so proud & excited to see where your future takes you! Happy Birthday my gorgeous girl!! 18 - I can’t believe it!!!"

Time really does fly, which Teresa made fans aware of when Gia went to prom in June 2017.

The same goes for when Gia had a sweet sixteen party in January 2017. She's basically Teresa's twin.

For those who watch RHONJ, then you know how mature Gia is. She and her three sisters have been through quite a lot since their parents were sentenced to prison for 41 counts of fraud in 2014. Teresa served an 11-month prison sentence in 2015 and her father, Joe Giudice, is currently serving a 41-month prison sentence. Furthermore, in October 2018, news broke that Joe would be deported to Italy after completing his sentence. (Bustle previously reached out to Teresa's rep for comment, as well as Bravo, but did not receive an immediate response.)

As for Gia, she posted an Instagram with her father reacting to the news and passionately wrote,

"We have so many plans to do as a family when he gets out. I need my father to be here. My father belongs with us and his entire family. My father came into this country when he was one years old, the United States is the only country he knows, spread the word #bringjoehome"

Despite everything Gia has faced, she has transformed into a beautiful young woman who has an extremely bright future ahead of her.