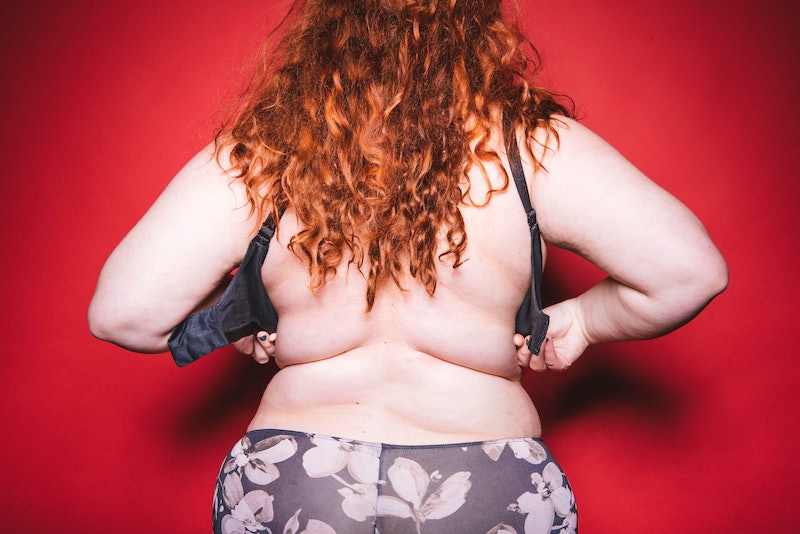 When it comes to the best places to have sex, not all of them happen inside the bedroom. Hell, not all of them even happen inside the house. Some people are very partial to having sex in some wilder locations, according to a survey from EdenFantasys, the sex toy retailer. They surveyed over 2,000 Americans and found that more people than you might think are choosing to have their sex somewhere risky. In fact, 69 percent of participants have gotten frisky somewhere they could get caught — and yes, that's a huge percentage.

And it makes sense, because having sex outside the bedroom can be extra sexy. “Spontaneous sex outside of the bedroom breaks the pattern of sameness and transforms the monotony of errands into exciting adventures," Susan Winter, relationship expert and bestselling author of Allowing Magnificence, tells Bustle. "From department store changing rooms to restaurant bathrooms, a variety of options are available to reboot your sex life. The only thing required is imagination. The goal is to find new opportunities to replicate the heat of a budding tryst and infuse that passion back into an established relationship.”

So maybe it's no surprise that there were some huge benefits that came alone with having sex somewhere dangerous. Fifty-eight percent of respondents said it made them feel happier, while 38 percent said it made them enjoy the sex more.

"We didn't expect to see so many people were spicing it up outside their bedrooms," Fred Petrenko, Founder and CEO of EdenFantasys.com, tells Bustle. "This is a great indicator of how open-minded and inclusive the American couples have become." But perhaps the most surprising thing was that around seven out of 10 participants said that having sex somewhere wild actually made them feel closer to their partner. So it's not all about the carnal thrills — there's some real intimacy in there as well.

Although it's not all fun and games: 23 percent of those who responded said they'd been caught at least once. So be sure not to do anything too risky or illegal. But where exactly are people getting down? Well, these were the most surprising places, according to EdenFantasy.