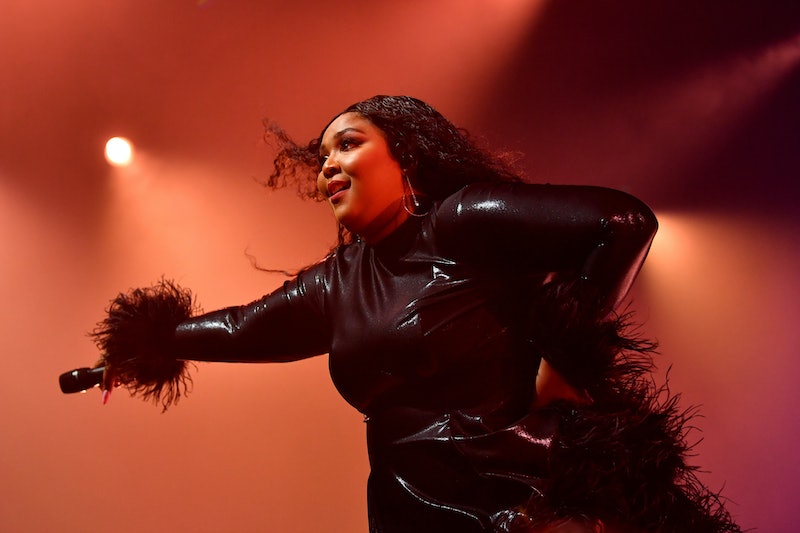 Well, friends, music's biggest night is once again upon us, and this year's show has quite the interesting mix of 2020 Grammys performers. Just to give you an idea: Ariana Grande will be taking the same stage as Aerosmith, the recipients of the 2020 MusiCares Person of the Year award, who first performed at the Grammys nearly 30 years ago in 1991 — two years before Grande was even born.

Also on the docket are Lil Nas X and Billy Ray Cyrus, who will be joined by the hodgepodge crew of BTS, Diplo, Mason Ramsey (aka, the Walmart yodeling kid), and "other surprise guests" for a segment referred to as "Old Town Road All-Stars." A tribute to Grammy executive producer Ken Ehrlich will be equally as eclectic, featuring Camila Cabello, Common, Misty Copeland, and Ben Platt in a rendition of Ehrlich's song "I Sing the Body Electric" from Fame.

Along with Lil Nas X, fellow Best New Artist nominees Billie Eilish, Lizzo, and Rosalía will all take the Grammys stage for the first time (though Rosalía got some practice in at the 2019 Latin Grammys.) Lizzo will be following through on her promise to make her Grammys performance "the blackest fattest femmest show ever," and on the heels of their reunion, the Jonas Brothers will be performing at the Grammys for the first time in 10 years. Here's the full list of who you can expect to see on Sunday night.

More like this
You Might Want To Rewatch 'Elvis' For This Britney Spears Easter Egg
By Grace Wehniainen
Here’s How Lizzo Is Supporting Abortion Rights After The Roe v. Wade Reversal
By Brad Witter
Adele’s All-Female Lineup Includes Kacey Musgraves, Mahalia, & Self Esteem
By Shahed Ezaydi
Cardi B’s New Single “Hot Shit” Features Kanye
By Alyssa Lapid
Get Even More From Bustle — Sign Up For The Newsletter