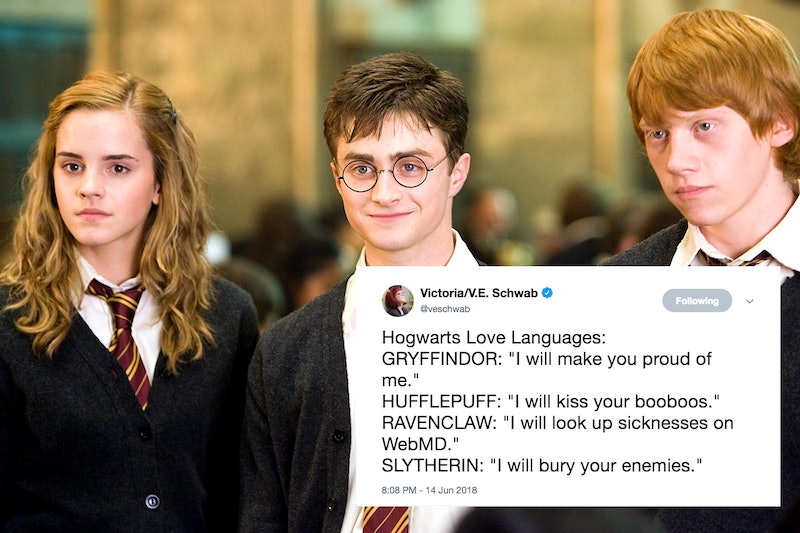 Potterheads may have a fickle relationship with the directions the Harry Potter franchise takes, but their love for J.K. Rowling's series of books and films never seems to die. The last few days have produced some truly excellent tweets about Harry Potter, and I've collected 21 of the best for you to sample below.

Since 1997, the Harry Potter books have thrilled and delighted fans around the world. According to U.S. publisher Scholastic, the series has been translated into 68 languages and sold in more than 200 territories worldwide. In the years since Harry Potter and the Philosopher's Stone — known as Harry Potter and the Sorcerer's Stone in the U.S. — first appeared on store shelves, Rowling's seven-book series has become an eight-movie franchise, and has spawned several tie-in novels, a stageplay, and a spin-off film series. The play, Harry Potter and the Cursed Child, opened in London and began its run on Broadway in Spring 2018, and the second Fantastic Beasts film, The Crimes of Grindelwald, hits theaters this holiday season.

J.K. Rowling might be done with writing new Harry Potter stories, but that doesn't mean fans are done enjoying her work. Check out this week's best tweets about Harry Potter: