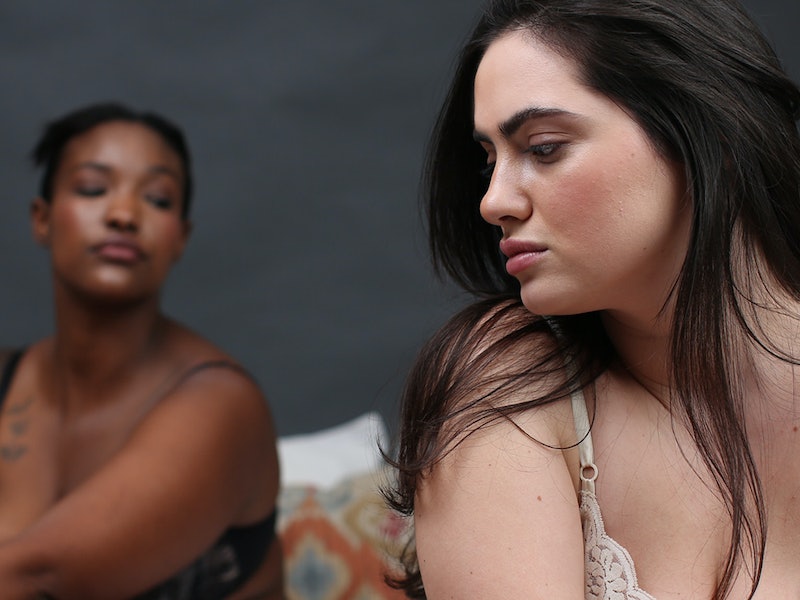 Predicting what can cause divorce has long been something people have tried to figure out. While no one method can tell a person with certainty whether a couple will last, a bunch of different forms of insight can be worthwhile. The zodiac couples most likely to divorce often have personality incompatibilities that draw them together, but ultimately can become major issues.

The main predictors of divorce often are due to the ways a couple interacts. The strongest couples, in the end, are able to learn how to communicate effectively, and to withstand conflict.

Some couples, however, will have signs of incompatibility from the get-go. Others will find these moments of incongruity later in their relationship. "While many sun signs connect at first, problems start down the road, their true nature is exposed over time, which may be a turn off for their counterpart, leading to issues within relationships," astrologist Lisa Stardust, tells Bustle. For many of these zodiac couples, the initial attraction is strong, but the issues they face down the line mean that they have difficulty moving past them.

While these pairings aren't definite predictors of divorce or separation, they're interesting to use as a gauge for potential relationship issues. Couples like these can seem strong, based on their initial zodiac compatibility, and can grow and flourish, but may not last forever.

Here are the 6 zodiac couples most likely to divorce each other, according to astrologers.

More like this
Think Your Partner Is Cheating? These Tarot Cards May Confirm Your Suspicions
By Kristine Fellizar
Libra & Aquarius Can Be Great Together, As Long As They Do One Thing
By Kristine Fellizar
The Differences Between Kinks & Fetishes, Explained
By Lexi Inks
6 Dating App Tips To Try If You're Looking For A Serious Relationship
By Lexi Inks
Get Even More From Bustle — Sign Up For The Newsletter