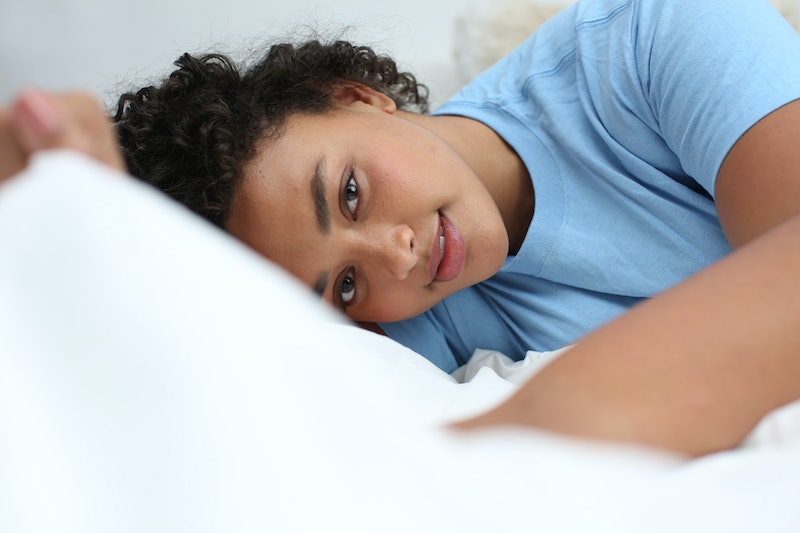 While what a person finds sexy is often a very personal thing, research has shown that there can, in many ways, be specific types of turn ons for men and women. Biology may play a role in this, of course. But there are a multitude of other factors at play — including social conditioning — too.

"When we're talking about sexual desire and 'turn-ons,' what we're really talking about is the brain, our largest sex organ," sex expert and educator Candice Smith, M.Ed., tells Bustle. "All sexual arousal begins first in the brain, which sends the chemical cocktail of messages to various other parts of the body, triggering physical arousal cues including pelvic blood flow, increased heartbeat, and dilated pupils."

These are signs a person is, in fact, turned on. And again, several things can get them there. "All triggers for sexual arousal fall into the following categories: emotional bonding cues, erotic/explicit cues, visual/proximity cues, implicit/romantic cues, and physical/sensory cues," Smith says.

Anyone can be triggered, to one degree or another, by all of these categories. And, as Smith says, it's been shown that overall triggers for sexual arousal in the male and female brain tend to be independent of status or sexual orientation.

In general, though, it seems "the male brain mostly requires physical/sensory and visual cues to incite arousal," Smith says, "while female brains tend to require a cocktail of all of the above." And this can be the result of biology as well as environment, and learned behaviors. While this isn't the case for all identifying males or females, it is an interesting finding on the part of scientific research. Read on for how it can all play out in terms of turn-ons, according to experts.