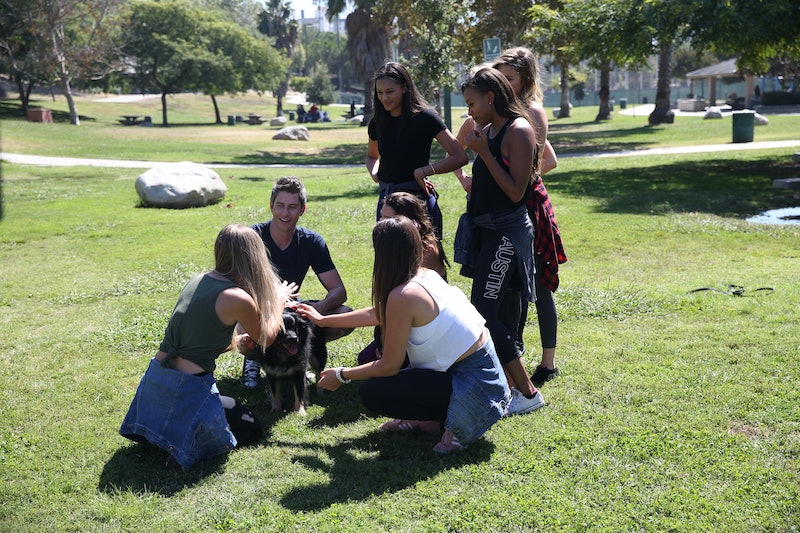 At this point in this season of The Bachelor, it's tough to tell which contestant is the perfect match for Arie Luyendyk Jr. There are a ton of women and even with two-hour long episodes, there just isn't enough footage to get to fully judge everyone and their compatibility with Arie. So, let's turn to astrology. These are the Bachelor front-runners based on their zodiac signs.

Sure, astrology isn't an exact science and there can be a lot of confirmation bias, but it will be interesting to see how these sign matches will compare to Arie's actual final four. According to an article from Entertainment Tonight, Arie turned 36 on September 18, 2017. This means that Arie is a Virgo.

The websites LoveToKnow and Cafe Astrology both list Scorpio, Capricorn, Taurus, and Cancer as the most compatible signs to date a Virgo. Ideally, Arie would end up on hometown dates with one person from each sign to give each a chance, but that's not a possibility.

Out of the women remaining in this season, there is not one Taurus or Cancer. However, he does have a Scorpio and three Capricorns left standing. Will one of these women end up with Arie at the end of this journey?

One of Lauren's friends posted a birthday message in her honor on November 20. This means that Lauren is a Scorpio. The Virgo and Scorpio pairing "enjoy an unusually high long-term success rate" according to astroreveal.com. LoveToKnow reveals that "Scorpio is fascinated by Virgo's calm and seemingly unflappable approach to love." That seems to be the case so far. Arie is very collected at this point in the season.

Additionally, Scorpio "feels things very intensely and is shocked by Virgo's rational yet calculated view of romance." A "calculated view of romance"? That sounds like someone looking for a wife on reality TV via eliminations and scheduled dates. These two signs typically feel that "their home is a place of order, comfort, and beauty." Arie is a real estate agent, so that makes sense. Lauren B hasn't had a ton of screen time, but if she really is a compatible match for the Bachelor, that is bound to change, and the viewers will learn more about her and what she values in life.

Contestant Caroline revealed that her birthday is on December 30 in an Instagram caption. This means that she is a Capricorn. According to Cafe Astrology, Caroline's sign and Arie's are "equally diligent and conscientious." That makes sense as Arie has his real estate license in Arizona and Caroline is also a realtor. A Capricorn and Virgo typically "find it relatively easy to cope with each other’s workaholic tendencies," which again is logical considering they work in the same industry. Astroreveal indicates that this zodiac sign combination has a lot in common, making it easy to build a long-term future.

In addition to confirming that her birthday is on January 11 via Instagram post, Marikh revealed that she is a fan of astrology since she used the hashtag #capricornseason. Astro Reveal reports that Capricorns "give the impression of being serious and hardworking," which is expected considering that Marikh owns and runs a restaurant, according to her cast bio for ABC. Virgos are known to appreciate these traits and considering that Arie is such a busy and well-accomplished guy, this statement probably applies to him, as well. Both of these signs are known to be hard workers with a "strong need to achieve something useful and concrete in life." Sounds like there is some promise for the connection between Marikh and Arie to take off.

Ashley revealed that she is also a Capricorn born on January 11 in an Instagram post. At this point in the season, Ashley hasn't had much screen time, but her cast biography on the ABC website reveals that Ashley is a real estate agent, just like Arie. Now, she's a reality TV star, just like Arie. Astroreveal says that "these two signs often find that they have much in common on which they can build a long-term future," so maybe Ashley has an interest in race car driving, as well? That would be too much of a coincidence, but these two definitely have a lot of commonalities to discuss.

This Bachelor season only just started, so there is still a while to go until the hometown dates. Will Arie go visit the families of the four women who he is most compatible with astrologically? Probably not, but maybe at least one of these women will have a strong connection with him.