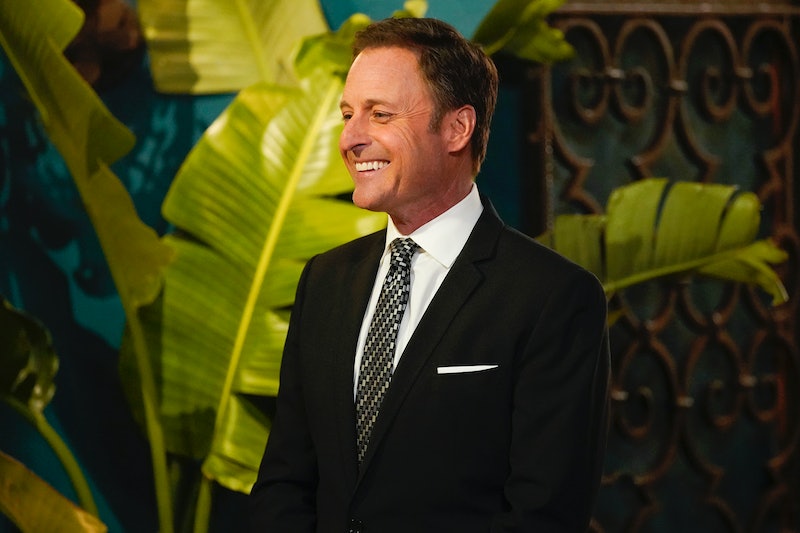 American Idol has Katy Perry, The Voice has John Legend and Kelly Clarkson — but The Bachelor: Listen To Your Heart judges are bringing their own unique talents to the table. That's because the judges panel won't just be made up of talented artists — it'll also consist of some very prominent members of the Bachelor community who know exactly what it's like to lay your heart on the line on national television.

According to host of all things Bachelor Nation Chris Harrison, the show will feature both celebrity judges and "some famous faces from your Bachelor family." He also divulged that there's a very specific reason why producers wanted to incorporate real-life musicians and Bachelor alums into the decision-making process, noting that it won't just be the contestant's musical talents getting critiqued, but also the chemistry they share with their partner.

"That's why we brought in JoJo [Fletcher] and Jordan [Rodgers], Rachel [Lindsay] and Bryan [Abasolo], Arie [Luyendyk Jr.] and Lauren [Burnham], Kaitlyn [Bristowe] and Jason [Tartick]," Harrison revealed. "Jason Mraz and Kesha and Pat Monahan and Rita Wilson [who will also serve as judges], all these people are brilliant but, you know, can they also see that chemistry? So we wanted our people to have an expert eye on that as well."

Toni Braxton, Ashlee Simpson-Ross, Evan Ross, Jewel, Taye Diggs, and Shaggy are set to appear on the panel as well.

It's true that most of these Bachelor alums have very little experience when it comes to musical performances — sorry, but TikTok videos don't count — but their experience within the franchise could prove to be very valuable in recognizing couples who really could go far on the show, both personally and professionally.

Finding love on a reality dating competition isn't known for being easy. In fact, a lot of relationships don't end up lasting long once filming is over. Yet several of these couples — like JoJo and Jordan, Rachel and Bryan, and Arie and Lauren — have been able to withstand the test of time, potentially making their insight into the process invaluable.

They may not be able to distinguish between a low A and a High C, but it'll be nice to see a few familiar faces throughout this journey and experience what they're like on the other side of this process. They were able to ultimately listen to their hearts — let's hope these new contestants will be able to do the same.

More like this
Kaitlyn Bristowe Said Chris Harrison Ignored Her After Her 'Bachelorette' Hosting Gig
By Grace Wehniainen
'Bachelor' Fans Think Rachel & Clayton Are Dating After This TikTok
By Grace Wehniainen
Zach Addressed His "Boring Bachelor Energy" After His Group Date With Latto
By Grace Wehniainen
All The Clues Zach & Christina Are Together After 'The Bachelor'
By Grace Wehniainen
Get Even More From Bustle — Sign Up For The Newsletter
From hair trends to relationship advice, our daily newsletter has everything you need to sound like a person who’s on TikTok, even if you aren’t.