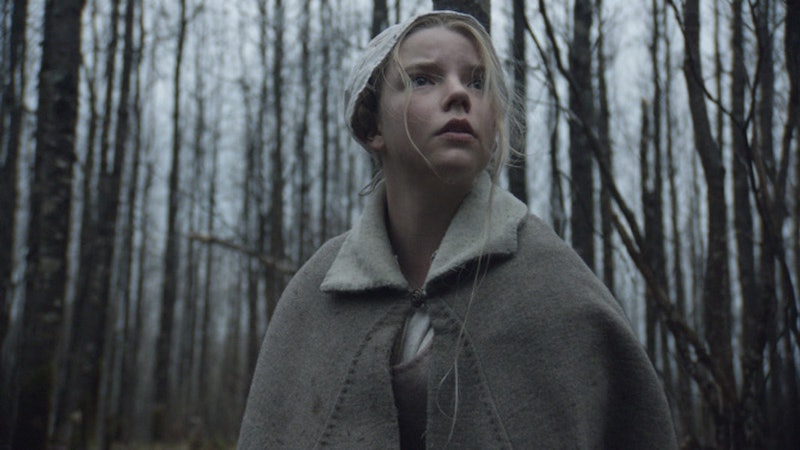 Attention, quarantine streamers: it’s time to replace your channel-flipping despair with downright, supernatural and occult-induced horror. While joint Netflix sessions are now hard to come by due to social isolation, it certainly shouldn’t stop streamers from connecting with friends over content. So, we’ve compiled a list of the best horror movies to Netflix Party with your bravest friends. Thanks to Netflix’s new feature introduced in the age of ‘rona, viewers can now synchronize TV shows and films with friends online. Plus, the group chat feature is bound to make it feel like another movie night-in with your best pals.

What’s a party without party snacks? Grab some popcorn and a glass (or entire bottle) of wine, and dig into some of the creepiest titles yet. Between the original Candyman about a murderous figure with a hook for a hand, the South Korean classic Train to Busan about a deadly zombie outbreak on board a moving train, and, of course, the horror classic The Ring about a nightmarish urban legend that emerges via videotape, you’ll never sleep again. (But, let’s be honest — you’re probably not sleeping soundlessly these days, anyway.)

Below are 21 horror movies to add to your Netflix Party queue.

Soon to be rebooted by Nia DaCosta and Jordan Peele, Candyman is a horror slasher film that follows graduate students Helen (Virginia Madsen) and Anna-Marie (Vanessa Williams) as they research urban legends in Chicago's Near North Side. After Helen learns about the Candyman (Tony Todd) — a figure with a hook for a hand who appears when his name is summoned in front of the mirror five times — she comes to learn that not all legends are the stuff of myths.

Based on Stephen King's novel of the same name, 1922 follows a farmer (Thomas Jane) who conspires to murder his wife (Molly Parker) to reap the financial gain, and convinces his son (Dylan Schmid) to assist. Riddled with guilt, he soon finds that his actions have consequences.

A classic supernatural film rooted in the lore of a disturbed videotape (this was 2002, after all), The Ring follows a reporter (Naomi Watts) as she investigates the death of teenagers who mysteriously die after watching a nightmarish tape. She soon tracks down the tape and has only a few days to unravel the mystery.

A cornerstone of the Chucky narrative, Child's Play follows a mother (Catherine Hicks) and son (Alex Vincent) duo who unwittingly purchase a doll possessed with the soul of a murderer. When her son is institutionalized for trying to warn others that the doll is alive and murderous, the mom must convince authorities of Chucky's dark intentions before her son becomes his next victim.

Leaning into the haunted house narrative, Insidious is a supernatural horror film that follows two parents (Patrick Wilson and Rose Byrne) as they take drastic measures to prevent the evil spirits in their new home from possessing their comatose son (Ty Simpkins).

A South Korean horror and thriller, Train to Busan follows a man (Gong Yoo) and his estranged daughter (Kim Su-an) as they become trapped on a speeding train from Seoul to Busan amid a zombie outbreak. As the outbreak sweeps the country, the duo partake in a harrowing journey to reach the only city still safe from rapid infection.

A Guillermo del Toro classic, Pan's Labyrinth follows a young girl, Ofelia (Ivana Baquero), as she's drawn into a world of mythical beings after she accompanies her stepfather, a murderous sadist and tyrannical military captain, and his soldiers into a remote forest to find rebels. Set in 1944 Spain in Nazi-controlled Europe, Ofelia soon finds herself at the center of a struggle between good and evil.

Another take on the haunted house narrative, Sinister follows a true crime author (Ethan Hawke) bent on solving the mysterious death of a family. When he moves his own family into the home of the deceased family to dive into his investigation, old film footage and supernatural forces suggest something more sinister is at play.

A British supernatural horror film, The Ritual follows a group of college students who reunite after the tragic death of a friend and decide to venture through the Scandinavian wilderness. After a series of wrong turns in a forest full of mythical legends, ancient evils soon emerge.

Set in 1630 New England (it's a film about witchcraft, after all), The Witch is a horror drama that follows a farmer (Ralph Ineson) whose family is torn apart after his youngest son goes missing. Suspecting her of witchcraft and other forms of dark magic, the family turns on their eldest daughter (Anya Taylor-Joy) and blames her for the disappearance, all while suspicion and paranoia mount in the household.

The first of a trilogy series, The Evil Dead is a horror film that follows a group of teens who spend some time at a remote cabin in the woods. When they stumble upon an old book whose text reawakens the dead, the friends soon find themselves face-to-face with flesh-eating zombies.

12. The Killing of a Sacred Deer

More psychologically unnerving than the standard gore and jump scares of horror films, The Killing of a Sacred Deer follows a renowned cardiovascular surgeon (Colin Farrell) and his idyllic household comprised of a loving wife (Nicole Kidman) and two children. When a teen inserts himself into the surgeon's life and confronts him with a long-forgotten transgression from his past, his domestic bliss comes undone.

Based on the novel by Stephen King of the same name, Gerald's Game is a horror thriller that follows a wife (Carla Gugino) who accidentally kills her husband (Bruce Greenwood) during a kinky sex game gone awry. Handcuffed to a bed in a remote lake house, the woman begins to hear voices and must confront strange, disturbing visions.

A take on the horrors of Ouija boards, Veronica is a Spanish horror film that follows a young girl named Veronica (Sandra Escacena) who decides to summon the spirit of her dead father with a group of friends. When she loses consciousness during the session, evil spirits are unleashed and wreak supernatural havoc.

Based on the novel by Jay Anson of the same name, The Amityville Horror follows a husband (Ryan Reynolds) and wife (Melissa George) duo who move into a new house in the small town of Amityville, New York with their children. Soon discovering that the home's previous tenant murdered his family after he became possessed, the couple track down a priest to rid the haunted home of evil spirits.

16. Girl on the Third Floor

Another take on the classic haunted house genre, Girl on the Third Floor is a supernatural horror that follows a father (CM Punk) who decides to renovate a rundown home for his growing family. However, the haunted home has different, nightmarish plans for the family.

Starring some of Hollywood's favorite "It girls," The Blackcoat's Daughter follows a troubled young woman (Emma Roberts) who journeys to an isolated prep school where two students (Kiernan Shipka and Lucy Boynton) are left behind during their winter break. Split into various timelines, the students are stranded with nuns rumored to be satanists.

The first of a horror film series, Creep follows a videographer (Patrick Brice) who, low on finances, takes on a job from a stranger (Mark Duplass) in a remote town to film a series of videos for his unborn child. However, his new client's behavior soon becomes much too unsettling, and he soon finds himself fighting for his life.

A British horror film that predates Florence Pugh's breakout Midsommar role, Malevolent follows a sister (Pugh) and brother (Ben Lloyd-Hughes) duo who fabricate paranormal encounters in order to make money. When they take on a job at a home occupied with actual, real-life paranormal activities, however, the scam artist duo get much more than they bargained for.

A Thai horror film, Shutter follows a woman (Natthaweeranuch Thongmee) and her photographer boyfriend (Ananda Everingham) who unwittingly kill a young woman in a hit-and-run. When the young woman, an old classmate, appears as a shadowy figure in a photograph, the duo are then confronted by the vengeful spirit of the deceased. Soon, a shocking secret emerges.

Set in 1905 London, Apostle is a horror thriller that follows a prodigal son (Dan Stevens) who returns home only to discover that his sister has been kidnapped and held ransom by a mysterious, religious cult. Determined to rescue her and bring her home, he infiltrates the community located on an isolated island and unearths some secret evils.

Go forth and get to streaming with your bravest friends — that is, if you dare.