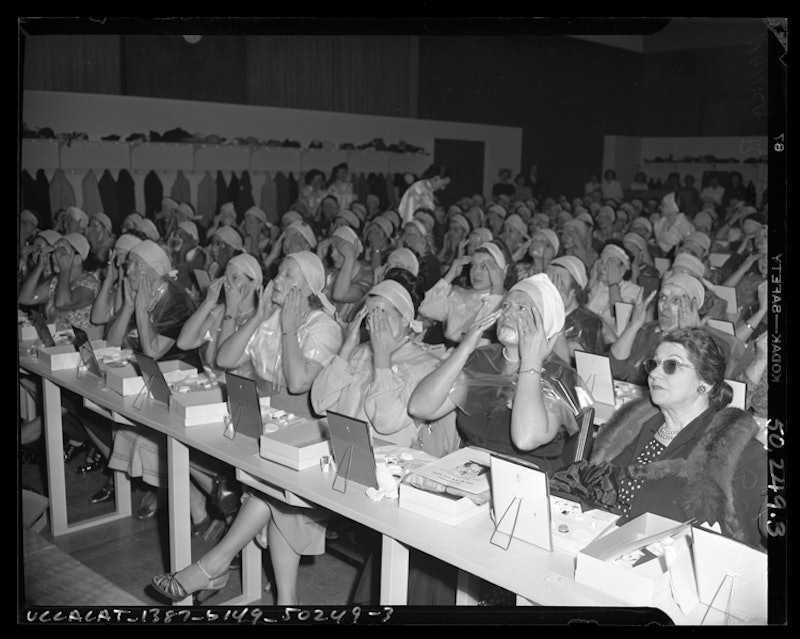 The notion that many popular products were dangerous and deadly in the past is hardly a new one — anyone who has spent five minutes watching history shows knows that the Elizabethans favored lead-based cosmetics and that the Victorians used arsenic for pretty much everything short of seasoning their chicken. However, what's often neglected in these historical accounts is how often these dangerous products were specifically marketed to women, typically as beauty or health aides — and how pronounced this problem became in the 20th century. Though we often think of dangerous health and beauty aides as a problem of the past, it's actually an alarmingly modern problem.

In fact, it's an issue we continue to grapple with today. From colonics to vaginal steaming, many widely espoused modern trends for women have obvious and documented health drawbacks — yet this doesn't stop them from popping up again and again, marketed as new ways for women to look or feel better.

But this is still an improvement on a lot of what happened over the past 100 years. While the 20th century brought new regulations on the ingredients in products and how they were tested, it didn't necessarily make things less dangerous for quite a long time, as we're about to discover. As the modern world has introduced and developed new categories of work and products for women, toxic risks posed to women by "health products" have changed, too.