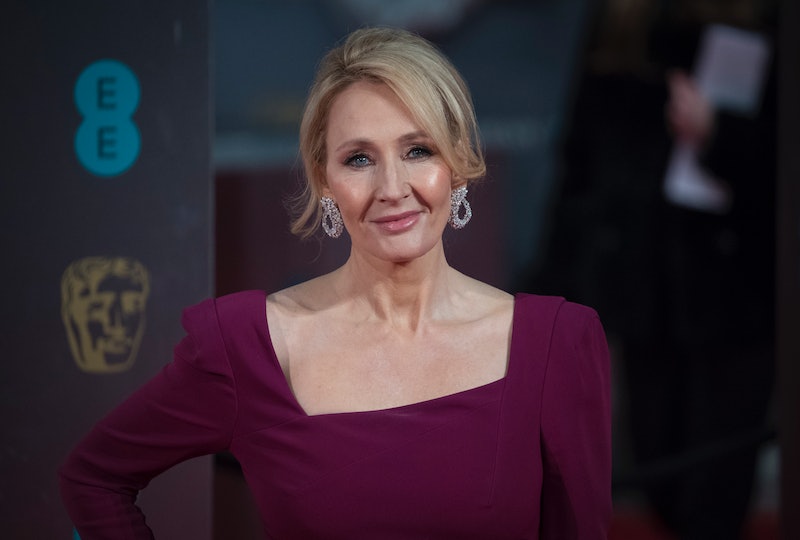 In celebration of the 20th publishing anniversary of Harry Potter and the Philosopher's Stone, the BBC has released a new documentary, titled Harry Potter: A History of Magic, to coincide with the British Library exhibit of the same name. In her interview on the television special, J.K. Rowling revealed the connection between Deathly Hallows and her mother's death, including the inspiration behind one of the most famous Harry Potter symbols. It's a touching story, and one that seems to have taken the bestselling author many years to realize and acknowledge. Let's take a closer look, shall we?

Harry Potter and the Philosopher's Stone appeared in British bookstores during the summer of 1997, and the magical story of the Boy Who Lived became a run-away success. The the 20 years since, Harry Potter has spawned six direct sequels, three tie-in books, eight film adaptations, a spin-off film franchise, and dozens of video, board, and card games. That's not counting the myriad, Potter-related nonfiction titles — authorized and unauthorized — that have been produced over the last two decades.

The British Library got involved in the Harry Potter anniversary festivities with Harry Potter: A History of Magic, an exhibit showcasing both the mythological origins of Rowling's created world and the author's own related sketches and letters. The BBC's tie-in documentary goes one step further to feature an interview with the Head Witch In Charge herself, in which Rowling reveals the origins behind one of the Harry Potter series' most famous symbols.

In the interview, Rowling recalls the night when she drew the first sketches of Pomona Sprout, the Hogwarts Herbology professor, while watching The Man Who Would Be King. "The next day," The Independent reports, the Harry Potter author "took a phone call saying her mother had died." Here's what Rowling has to say in the Harry Potter documentary:

[T]he Masonic symbol is very important in that movie. And it was literally 20 years later that I looked at the sign of the Deathly Hallows and realized how similar they were. When I saw the movie again and saw the Masonic symbol, I sort of went cold all over, and I thought, "Is that where, is that why the Hallows symbol is what it is?" And I've got a feeling that, on some deep, subconscious level, they are connected. So I feel as though I worked my way back over 20 years to that night, because the Potter series is hugely about loss, and — I've said this before — if my mother hadn't died I think the stories would be utterly different and not what they are.

The 20th anniversary exhibition, Harry Potter: A History of Magic, comes to the U.S. next year.