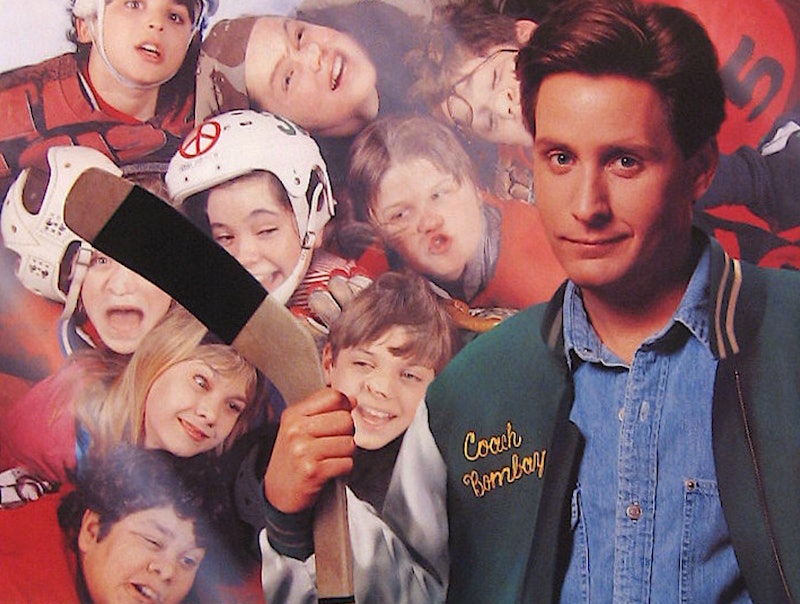 The unfortunate news that Disney is ending their distribution deal with Netflix in favor of forming their own streaming service has left users with more questions than answers. Pretty much the only thing that's known for sure is that after next year, new Disney releases will no longer hit Netflix first after concluding their theatrical runs, but what isn't clear is what will happen to the older Disney movies on Netflix. So since they could be leaving too, now's the time to watch the one nostalgic Disney movie on Netflix before it goes away: The Mighty Ducks.

The classic sports dramedy from 1992 isn't talked about much these days, but during the '90s it was an absolute force. The film spawned a franchise with sequels D2: The Mighty Ducks Are Back and D3: The Mighty Ducks, inspired an animated series about hockey playing anthropomorphic duck superheroes, and even led to the creation of a professional hockey team, The Mighty Ducks of Anaheim (today they're just called the Anaheim Ducks, but still). Seriously, how many pro sports teams can you think of that were named after a movie? This level of cultural impact is due to how great of a film The Mighty Ducks is, and since it's probably been a while since you've seen it, allow me to remind you why it's so spectacular.

The movie essentially tells two stories at once that both promise to inspire you regardless of where you are in your life. The first story centers on Gordon Bombay, a successful lawyer who gets arrested for drunk driving and is sentenced to coach a PeeWee hockey team (just go with it). Through coaching the team, Bombay uncovers his own childhood trauma inflicted on him by his coach when he played PeeWee hockey. That coach is still the head of Bombay's old team, who happen to be the chief rivals of the team Bombay now leads. By confronting this team and coach head on, Bombay is able to slay his childhood demons and rediscover his true passion in life: ice hockey.

The other story of the film deals with the team itself, the Ducks, who initially are made up of misfits and losers. They're not good at hockey and they love blaming others for their problems, and when Bombay adds some skilled players to their ranks, they show nothing but disdain for them. But despite vast differences in their backgrounds and personalities, the Ducks eventually learn to work together, becoming best friends and champions in the process. Its an inspiring tale of teamwork and triumph, and will definitely have you leaping off your couch and cheering.

On top of all the inspiration going on, the movie is also pretty funny, and will give you serious nostalgic feels while watching it (Quack! Quack! Quack!). So while you still can, be sure and check out The Mighty Ducks on Netflix before it disappears.