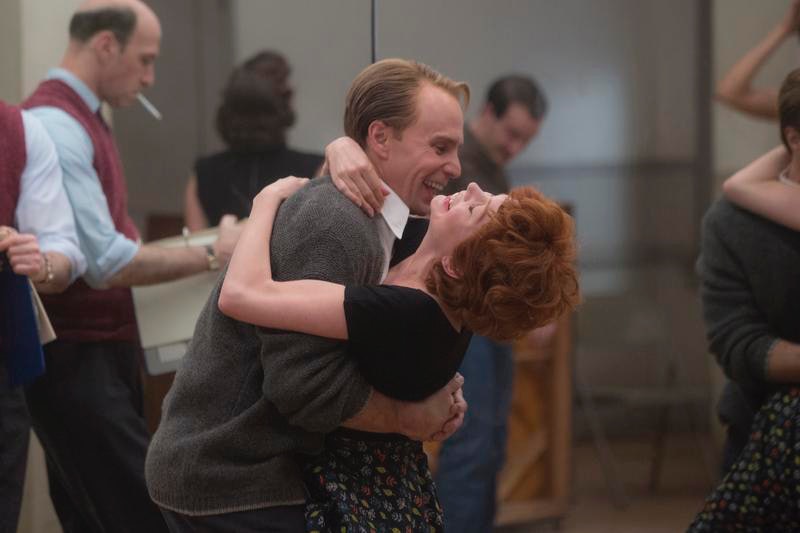 Fosse/Verdon pivots Broadway's past to center stage. Sure, there are sequins, dapper hats, and dazzling dance steps to spare on the FX series, but also expect to have some songs stuck in your head long after the episodes are over. The Fosse/Verdon soundtrack recreates '70s showtunes to make up a perfectly jazzy playlist that old and new fans of the genre will enjoy.

According to a rep from Twentieth Century Fox, weekly soundtracks will be released. In the pilot episode alone we get some choice numbers from Sweet Charity and Cabaret — "Big Spender," "Mein Herr," "Cabaret," and "Wilkommen" to be specific — all sung by the FX series' cast, which here includes Bianca Marroquin, Kelli Barrett, and Ethan Slater as Chita Rivera, Liza Minnelli, and Joel Grey respectively. Those tracks are not available to stream at the moment, unfortunately, but may appear on Spotify at a later date.

However, the good thing about Fosse/Verdon being based on a true story is that you can go back and listen to all of those original cast recordings and soundtracks that inspired the series. Gwen Verdon also released a solo album in 1956 titled "The Girl I Left Home For" that you can stream at any time.

If Fosse/Verdon has you inspired to revisit, or discover, the showtunes that helped define an era of musical theatre, here's where to start.

Contrary to popular belief, Fosse wasn't involved with Kander and Ebb's Cabaret until he signed on to direct the movie. Minnelli's portrayal of Sally Bowles soon became iconic, as well as her belting all these songs.

Fosse joined Verdon for this song in the film adaptation of Damn Yankees, hence its inclusion here, but Eddie Phillips was her partner in this number on Broadway. Also add to your playlist "Whatever Lola Wants," the big standout song that Verdon originated.

Above is a song from the movie that you see Fosse directing in the pilot, but check out the Original Broadway Cast Recording to hear Verdon, instead of Shirley MacLaine, sing Charity's songs herself.

Stephen Schwartz's musical followup to Godspell has a surprisingly dark story that Fosse/Verdon will inevitably dig into — but the score is 100 percent bops.

Chita's back! Chicago is one of the most recognizable Fosse musicals — he even named his autobiographical film All That Jazz after the opening songs — and both Verdon and Rivera starred as the original Roxie Hart and Velma Kelly.

Unfortunately, the afore-mentioned All That Jazz does not have an easily streamable soundtrack. You may have to hit up your local library, or maybe even you're parent's record collection for that one. However, George Benson's cover of "On Broadway" opens the film, and that's pretty easy to find.

Other musicals that, given the historical context of the show, might come up include: Pal Joey (which Fosse understudied in), The Pajama Game (which he choreographed), Can Can (Verdon's star turn), Company (referenced in the pilot), and A Chorus Line (a Pulitzer Prize winning musical about dancers that beat Chicago for the Tony Award in 1976). There's also Annie, Godspell, Hair, A Little Night Music, and many more classics from this time period that these fascinated characters inhabited back in the day.

More like this
Every Song In The Umbrella Academy Season 3
By Kadin Burnett
'Friends' Creator Marta Kauffman Opened Up About Misgendering A Guest Character
By Grace Wehniainen
Jesse Tyler Ferguson Had A Funny Run-In With A Fellow ‘Modern Family’ Alum
By Grace Wehniainen
“The Door Is Always Open” For Another 'Breaking Bad' Spin-Off, Says AMC Boss
By El Hunt
Get Even More From Bustle — Sign Up For The Newsletter