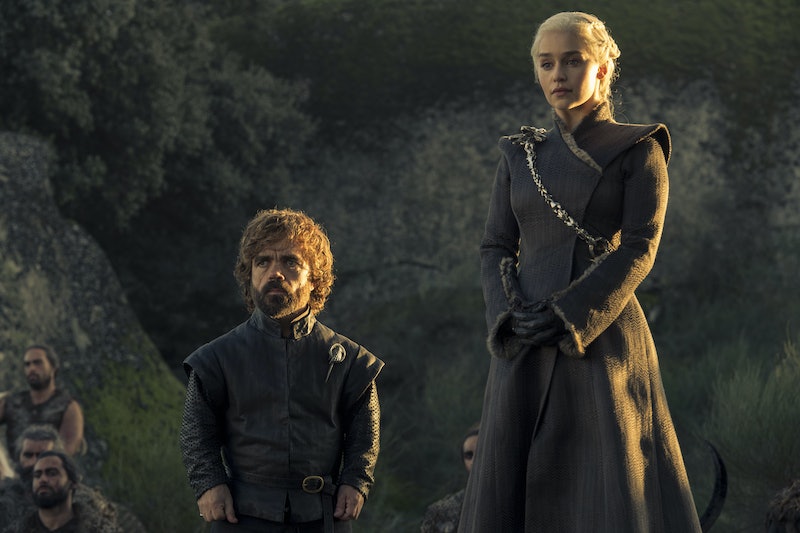 For those who just can't get enough Game of Thrones news, HBO's president of programming Casey Bloys is spilling the tea on the show's prequel that should make fans of GoT's female characters very, very happy. According to an interview with Bloys in Deadline, the Game of Thrones prequel will have powerful female characters that will help fill that Khaleesi-shaped hole in the hearts of fans.

In an interview with Deadline on Wednesday, July 25, Bloys spoke about the Game of Thrones prequel pilot, which was written by Jane Goldman, who wrote Kick-Ass, X-Men: Days of Future Past, and upcoming live-action Little Mermaid movie. While he couldn't say much, he did reveal that the show will focus on not just one character, but a few. “There are very strong female characters but it’s an ensemble, there is men and women,” Bloys told Deadline, adding, “Jane is a very good writer, we don’t want to limit her to writing female leads. There are a lot of very complicated leads in [the pilot].”

As of now, it also seems as if it's the only GoT prequel that will be green-lit by HBO, despite author George R.R. Martin teasing three other possible prequels that were in the works last month. This prequel series, which Martin co-created with Goldman, is set thousands of years before his book series A Song of Ice and Fire and will reveal surprising things about the Westeros fans thought they knew.

According to Variety, the GoT prequel series "chronicles the world’s descent from the golden Age of Heroes into its darkest hour. And only one thing is for sure: from the horrifying secrets of Westeros’s history to the true origin of the white walkers, the mysteries of the East to the Starks of legend ... it’s not the story we think we know."

During a panel at the Television Critics Association summer press tour on Wednesday, TVLine reported that Bloys said, "We’re just starting the search for a director… we have to cast it. We hope to be shooting sometime in the new year.” The prequel won't air until the final season of Game of Thrones airs, which will be in the first half of 2019.

Last month on his blog, Martin revealed that he's not as involved in the project as was previously reported and that this is Goldman's series. But, if he is allowed to put in his two cents, he has a suggestion for the title for the GoT prequel. "My vote would be THE LONG NIGHT, which says it all, but I’d be surprised if that’s where we end up," Martin wrote on his blog. "More likely HBO will want to work the phrase 'game of thrones' in there somewhere. We'll know sooner or later."

For those fans who aren't quite ready to say goodbye, the prequel offers a little hope that the Game Of Thrones they know and love might soon be gone, but it won't be completely forgotten. The future is female when it comes to Game of Thrones, even if it's set in the past.