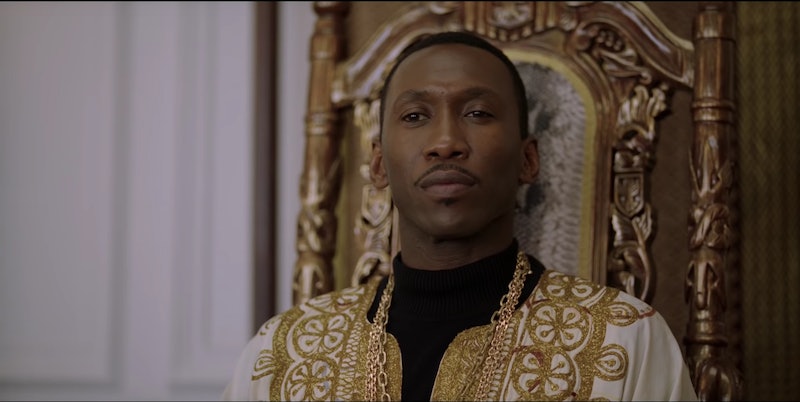 Although the fight for inclusivity in Hollywood still has a lot of ground to cover, the Best Picture nominations for the 2019 Golden Globes prove that films featuring people of color are beginning to get the recognition that they've always deserved. While this year's overall nods were far from perfect in terms of bringing diversity to the forefront, the film industry notably saw a major uptick in with the recognition of movies led by non-white actors.

For this year's Globes Best Picture nominees, six out of the 10 films nominations in the categories of Drama and Musical or Comedy featured non-white actors as the leads, which is certainly cause for celebration. As the most coveted awards of the Golden Globes ceremony, the Best Picture accolade serves as a stamp of validation for not only the people who made the movie happen behind-the-scenes, but also the actors who put their all into making a project that leaves audiences on the edge of their seats.

Since their inception, major awards shows for both film and TV have not had a such a great track record when it comes to showcasing and celebrating diversity. In the past, the majority of the nominees, and thus the majority of the winners, have been white with the recognition of actors and directors of color pretty much non-existent. However, the recent announcement of the 2019 nominees seems to signal a change within the industry that couldn't have come along any sooner.

While Ryan Coogler was notably snubbed in the Best Director category for this film, Black Panther received much-deserved recognition with a nom in the Best Motion Picture — Drama category. Although the feat is definitely a huge moment, the joy comes with some disappointment due to the fact that none of the actors in the film were nominated. Despite thoughts that Michael B. Jordan would score an Best Supporting acting nod for his performance in the beloved film, he along with the rest of the cast were disregarded entirely.

The film, which was directed by the legendary Spike Lee, made out big during the Globes announcement. The biographical comedy-drama not only scored a nom for Best Picture, but it also astoundingly became the first Best Director nomination for Lee, who has in the past won two Emmys and received two Academy Award nods for his work. In addition to those accolades, the film's lead, John David Washington, the son of one of Lee's frequent film collaborators, Denzel Washington, was also nominated for Best Performance by an Actor in a Motion Picture. Adam Drive also received recognition in the Best Performance by an Actor in a Supporting Role for his participation in the film.

If Beale Street Could Talk

Although it has yet to make its theatrical debut, If Beale Street Could Talk racked up some major accolades during the Golden Globes announcement. In addition to the Best Picture nod, the Hollywood Foreign Press Association also recognized Barry Jenkins for Best Screenplay and Regina King in the Best Actress in a Supporting Role category.

Despite having a largely white cast, Bohemian Rhapsody was notably and flawlessly carried by Egyptian-American actor, Rami Malek, who played the role of Parsi-British vocalist and Queen frontman, Freddie Mercury. The biographical film, which snagged a nom for Best Picture, also deservedly gave Malek his first Golden Globe Best Actor nomination for a film role. (He's received two Globe acting nominations for his role on the TV showMr. Robot in the past.)

Also making a huge impact at this nomination ceremony was Green Book. The film not only racked up nods in Best Picture and Best Director categories, but also gave Mahershala Ali recognition for his role as classical and jazz pianist Don Shirley. Viggo Mortensen also received an accolade for playing the part of Tony Vallelonga, an Italian-American man who served as Shirley's driver and bodyguard during a tour of the deep South amidst segregation in the 1960s.

The film, which became a milestone for diversity Hollywood, notably received a nod for Best Picture during the 2019 Golden Globe announcement. Constance Wu also scored a nom for Best Actress in a Motion Picture for her role in the critically-acclaimed film. Should she win, Wu will become the first Asian women to win a Golden Globe in the category, per the Asian Pacific American Institute for Congressional Studies. In its release, Crazy Rich Asians — notably the first major film to feature a majority Asian cast since The Joy Luck Club in 1993 — became the highest-grossing romantic comedy in a decade, according to Huffington Post.

Along with its move towards diversity in its nominations, the HFPA also recently revealed that Sandra Oh and Andy Samberg will be hosting the first major awards ceremony of the season. Oh will become the first Asian person to ever host a major American awards ceremony. Meanwhile Isan Elba, daughter of actor Idris Elba, will take on the role of Golden Globes Ambassador for forthcoming event.

With more nominations of films featuring people of color than ever before, the 2019 Golden Globes seem to headed in a direction that everyone can get behind.