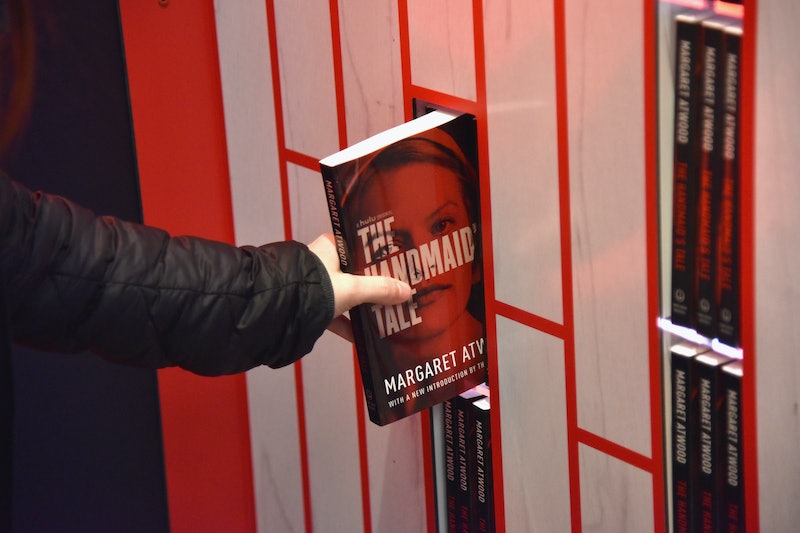 New York City's Handmaid's Tale art installation was designed by Pentagram's Paula Scher and Abbott Miller. Scher recently worked on a mural installation for Planned Parenthood's national headquarters, and on branding for Period Equity: "the nation's first and only law and policy institute dedicated to advancing menstrual access, affordability and safety in the U.S." Miller created the America's Shakespeare installation for the Folger Shakespeare Library and the Exhibitionism — Rolling Stones exhibit at London's Saatchi Gallery.

When browsers remove their free copies of The Handmaid's Tale, Scher and Miller's exhibition "is deconstructed to reveal powerful messages of female empowerment and anti-authoritarian resistance," such as "Her story is our story" and, of course, "Don't let the bastards grind you down." The exhibit will be open from 7 A.M. until 10 P.M. through Sunday, Apr. 30.