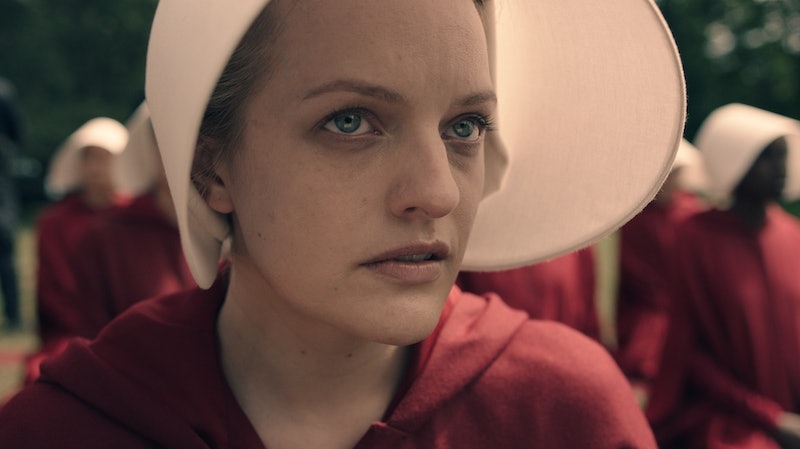 On Friday, an anonymous benefactor purchased copies of Nineteen Eighty-Four, The Handmaid's Tale, and In the Garden of Beasts from the San Francisco bookstore, Booksmith. The dystopian novels were given away to help others "Read Up!" and "Fight Back!" against Donald Trump's administration.

This isn't the first time dystopian fiction has been linked to the 45th POTUS' election and presidency. After Kellyanne Conway dubbed White House Press Secretary Sean Spicer's false account of Trump's inauguration turnout "alternative facts," George Orwell's Nineteen Eighty-Four, an imagining of the U.K. as a surveillance state, hit No. 1 on Amazon's bestseller list. Women's March demonstrators took inspiration from Margaret Atwood's The Handmaid's Tale for their protest signs, with slogans like "Make Margaret Atwood Fiction Again" and "No! to the Republic of Gilead." An additional bevy of dark political novels, from Sinclair Lewis' It Can't Happen Here to Philip Roth's The Plot Against America, have been cited as major "predictors" of Trump's presidency.

At a time when the White House has shown that it has no interest in telling the truth about anything, books and information have become the go-to weapons for activists and resisters. In the weeks following the election, Bustle, The New York Times, and other outlets ran lists of books to read during the next four years. After Trump signed an executive order halting immigration from seven Middle Eastern countries, literary agents created an open call for submissions from Muslim writers. And a current campaign urges activists to buy the notoriously unliterary Trump a book for Valentine's Day.

Booksmith's anonymous benefactor bought 50 copies of Nineteen Eighty-Four to donate to others. When the initial batch ran out, the buyer returned to purchase copies of The Handmaid's Tale and In the Garden of Beasts as replacements. Booksmith owner Christin Evans told the San Francisco Chronicle that the donor is a local.