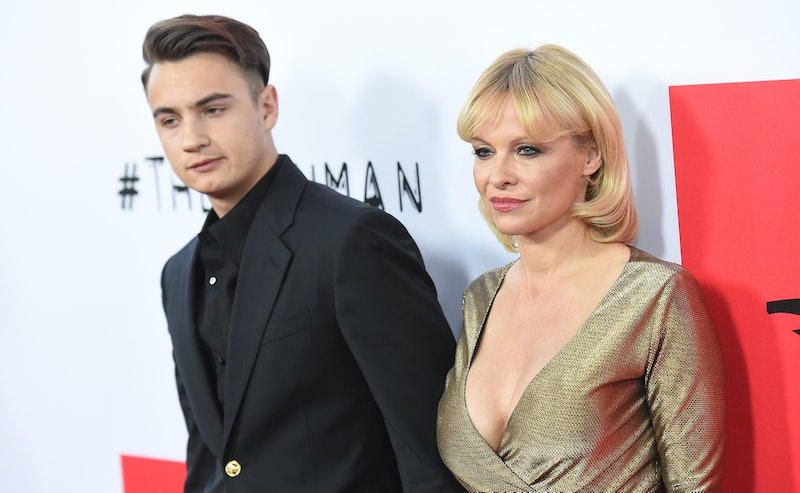 As more information materializes about the upcoming reboot of MTV's classic reality show The Hills, it's clear that the new series won't just be a rehash of the original show. There are plenty of cast members who aren't connected to the show's original run, and the list just keeps growing. Pamela Anderson's son Brandon Lee is joining The Hills' reboot, as Page Six first reported. MTV confirmed the casting news in a press release provided to Bustle.

Brandon, the son of Tommy Lee and Anderson, doesn't have a direct connection to the original Hills episodes. But based on Page Six's report, his casting may be, in part, thanks to a friend whose name Hills fans are sure to recognize. An unnamed source told the outlet that the reboot "is very Brody Jenner centric." So if Brandon is pals with Brody, that could have been an in for him to join the new show.

Still, it's not clear exactly how close the two of them are. There's a 10-year age difference between them, Page Six noted — Brody is 32, and Brandon is 22. But the two of them might have mutual friends, and this could just be a friendship that's flown under the radar before the Hills news.

Based on what MTV has revealed about The Hills: New Beginnings so far, it sounds like the show will be a "next generation" situation. Plenty of original cast members will appear on the new show, including Audrina Patridge, Jenner, Frankie Delgado, Heidi Montag Pratt, Spencer Pratt, Jason Wahler, Justin "Bobby" Brescia, Stephanie Pratt, and Whitney Port. (Fans will be quick to notice that Lauren Conrad and Kristin Cavallari aren't on that list.) But the new show will also feature fresh faces, including The O.C. star Mischa Barton.

MTV only announced that The Hills reboot is happening in August, but fans have already gotten super excited for the new show. Aside from the fact that many of the fan favorite stars will be in the new series, the idea of a new MTV reality show is just plain fun. Plus, some of the original cast — especially Heidi and Spencer — have changed a lot since The Hills first aired. So it will be interesting to see how all of the stars interact with each other in the new show.

Luckily, fans won't have to wait long for The Hills: New Beginnings. The show will premiere in 2019, according to MTV's press release. Until then, the news about Brandon's casting probably isn't the last surprising bit of info the network will release about the upcoming series. When it comes to the reboot... "the rest is still unwritten."