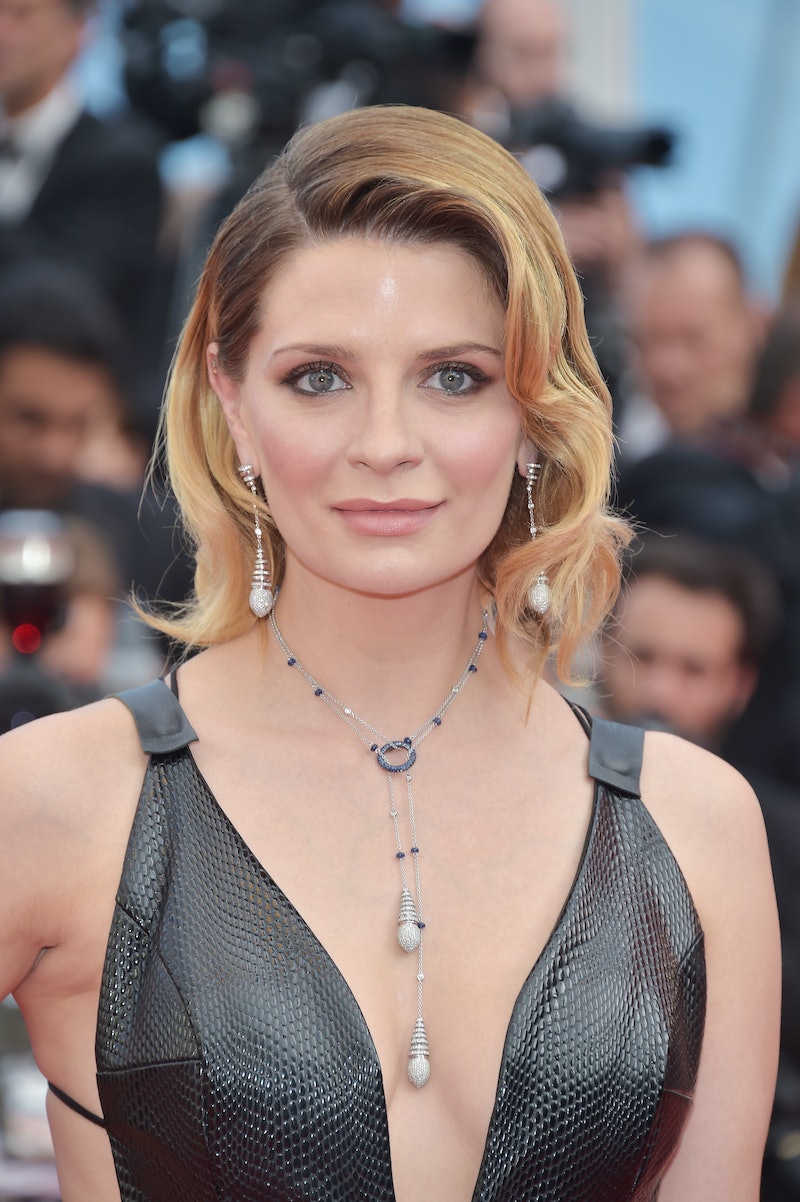 Ever since this summer's huge announcement, which revealed that The Hills would be returning to MTV, fans have been curious about which reality stars would be involved in the show's second-coming. While there have been several revelations about returning cast members over the past few weeks, recent news reported by the New York Post's Page Six that Mischa Barton is reportedly joining the Hills reboot actually makes a great deal of sense. (MTV confirmed the news of Barton's participation to Bustle.)

Despite it being a bit of a surprise since Barton was not a part of the original Hills landscape, which aired from May 2006 until July 13, 2010, the 32-year-old actor did have a major role on a series that may have indirectly served as inspiration for the reality spin-off. You see, Barton played Marissa Cooper on Fox's The O.C. - a series which notably became the model for MTV's Laguna Beach: The Real Orange County. Laguna later spawned into a spin-off with The Hills.

Although not a part of the show's original cast, it appears that Barton may have some sort of history with the series' stars with an insider for Page Six explaining:

“She was around back in the day and went to all the clubs. She could make for good TV.”

The reboot news, which was initially revealed during the 2018 VMAs this past August, was highlighted by a moment when Heidi, Spencer, Audrina, Jason, Justin Bobby, Stephanie, and Frankie all reunited on the pink carpet to make the huge announcement. That same night, a trailer for the new series was shared that featured an acoustic version of the show's iconic theme song, Natasha Bedingfield's "Unwritten." During the clip, which featured only aerial views of Los Angeles, Stephanie's voice revealed: "It's like we're all growing up. It's weird." While fans of the show were certainly overjoyed by the news, the snippet's ambiguous nature left no real indication of who would be participating in the show's remake during that time.

In the following weeks, many of the show's cast members were confirmed. Although it was revealed two of the show's main cast members, Kristin Cavallari and Lauren Conrad, would not be a part of the new series. A source for People explained that Lauren is steering clear from New Beginnings, sharing:

"She’s in a different place in her life. But she wants everyone to enjoy themselves. She wishes everyone the best."

Meanwhile, Kristin has said that she's excited about the show. However, she appears to be tied up with her current E! reality series Very Cavallari, which was recently renewed for its second season. In late August, Cosmopolitan reported that New Beginnings had already started filming, sharing photos of Audrina and Stephanie that were taken as they shot scenes for the upcoming series.

With (most of) the gang officially back together – and the addition of Barton – there's no telling what kind of drama is going to unfold as The Hills gears up to make its big return.