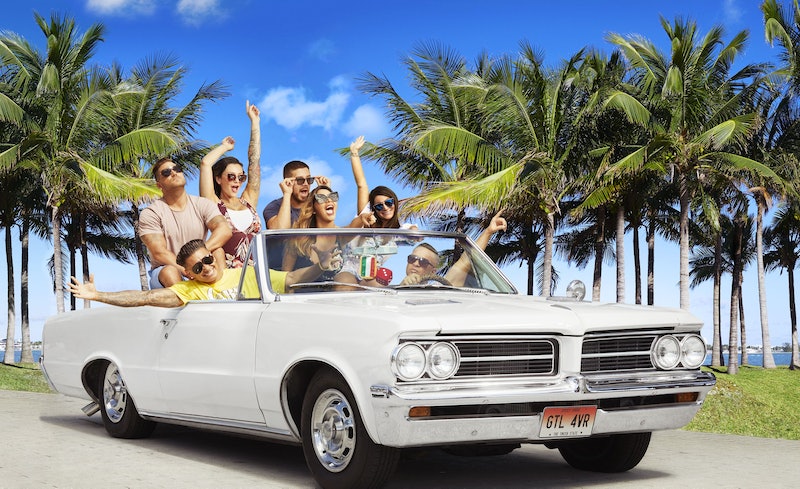 Everything is going to be much different on the Jersey Shore reunion, and that starts with the show's opening. As E! exclusively revealed, the opening credits of Jersey Shore Family Vacation — which premieres on Thursday night — have been updated to better represent the cast who isn't all about GTL-ing anymore. The Jersey Shore cast's new taglines show they're all grown up and ready to reintroduce themselves.

For those that don't remember the original Jersey Shore opening, it's not all that much different than how any Real Housewives begins. Oh yes, all your favorite Jersey Shore castmates — Paul “Pauly D” DelVecchio, Jenni “JWoww” Farley, Vinny Guadagnino, Ronnie Ortiz-Magro, Nicole “Snooki” Polizzi, Mike “The Situation” Sorrentino, and Deena Nicole Cortese — had personal catchphrases that are almost too much to believe. For instance, JWoww's slogan used to be, "After I have sex with a guy I will rip their heads off." Yep, that's seriously how the show opened, but not anymore, now they've got much more mature things to say.