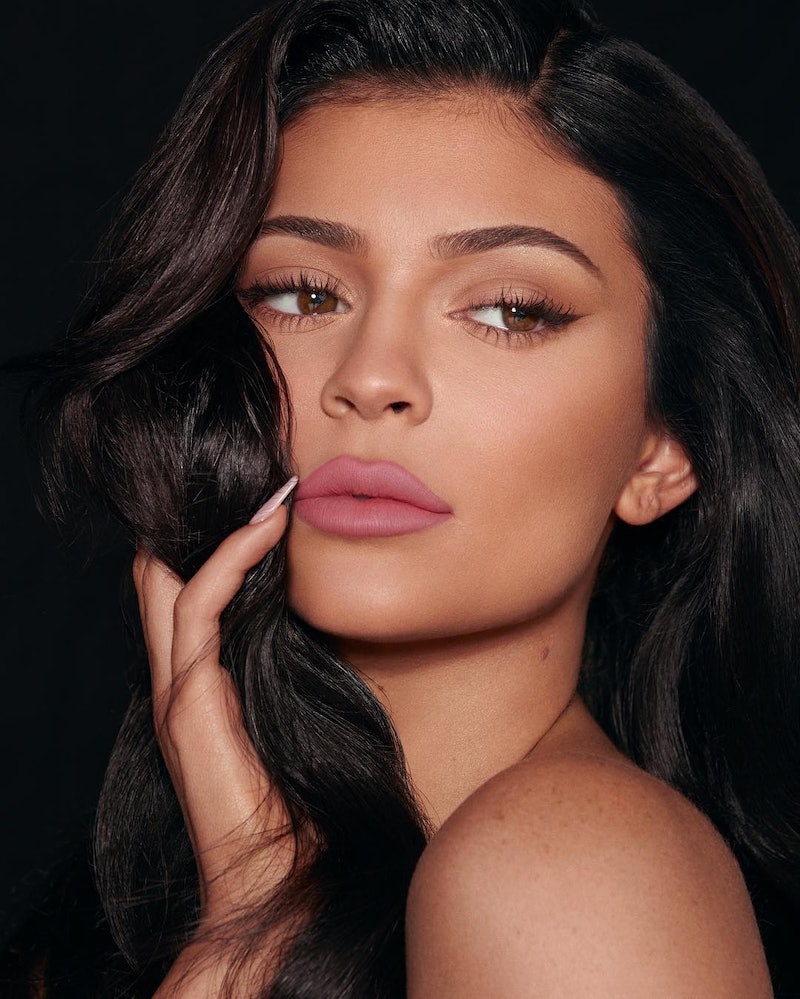 Kylie Jenner is a mogul, and a mogul needs an office. Thanks to Jenner's Instagram stories, fans got a look at the reality star's workspace. It turns out that the Kylie Cosmetics office has a wall of framed lip its, and it's just extra enough that you'll totally want one, too.

In Instagram stories from Wednesday, July 24, Jenner explained that she was having an office day and panned around the space that she and the rest of her team conduct business. In what's a surprise to no one, the space is totally pink and glam, just like Jenner's brands, Kylie Skin and Kylie Cosmetics. The brand owner's magazine covers are arranged neatly on a table where you can see each image of the mogul, and the office spaces are simple, white cubicles. While all of this is well and good, the coolest thing about Jenner's offices may a wall of framed lip kits.

While you've probably seen a lip kit wall at Kylie Cosmetics' pop-up shops, the one in Jenner's office is different. Kits aren't lined up by color to be grabbed from the shelf. It's more intense than that. In the video, Jenner showcases a wall of lip kits that are framed, matted, and hung up. Yes, the lip kits have custom frames, and if you're a beauty lover, it may just be the greatest inspo for your next decorating project.

Jenner's lip kit wall appears to feature both new and old lip kits from her line. Currently, all of Jenner's lip kits have been converted to black packaging with the color of the lipstick itself on the sides. While there are quite a few of these, there's also what seem to be the older white packaging Jenner previously used. Basically, it appears that every lip kit Jenner has ever created may just be on that wall in her office. Honestly, the wall decor is extra but also so perfect for any beauty lover.

Jenner's Instagram story isn't the first time that fans have had a chance to look inside her offices. In a vlog posted to her YouTube channel in June, the Kylie Cosmetics owner took fans through a day with her including meetings at the offices. The framed lip kits on the wall aren't the only cute thing Jenner's done to her workspace.

In the video, Jenner is in a meeting when she hears her daughter Stormi come into the building. Fast forward and fans find out that the entrepreneur actually had a bedroom and play room (in pink of course) put inside the Kylie Skin and Kylie Cosmetics offices so that Stormi could be with her while she works. Adorable, right?

If you've been trying to decide how to decorate your glam space or even your bedroom or bathroom, Kylie Jenner's wall of framed lip kits may just be the inspiration you need. While the wall is fire, the best part of the Kylie Cosmetics and Kylie Skin offices may just be Stormi's bedroom and Jenner's commitment to being a working mom.