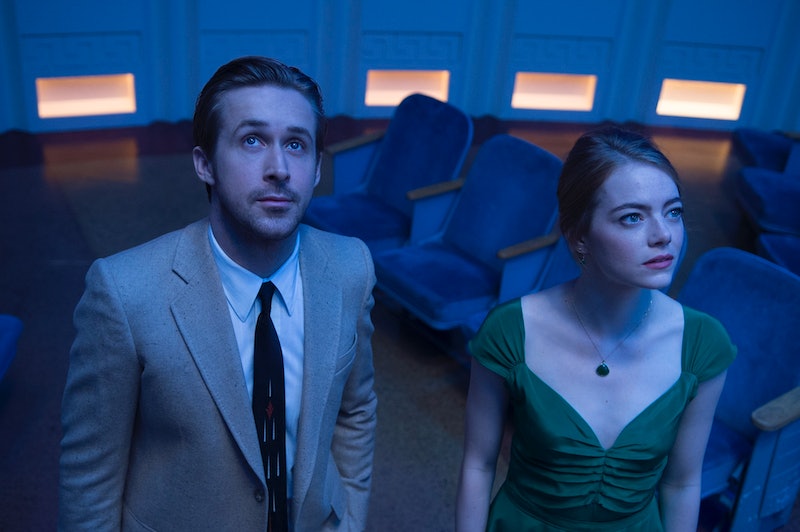 There is a lot to love about Damien Chazelle's enchanting La La Land, from its gorgeous production design to the electric chemistry between its two leads, Emma Stone and Ryan Gosling, as aspiring actress Mia and jazz pianist Sebastian. So let's rank the La La Land songs, from simple ditties to elaborate production numbers, shall we? Because, at the end of the day, La La Land is a musical, and its success in that regard will ride or die on the strength of its songs. The movie's two-hour runtime isn't absolutely jam-packed with tunes — there's plenty of breathing room for non-musical intrigue in between the softshoeing — but every time Mia and Sebastian slip into another song-and-dance routine, it's absolutely infectious.

Although the songs all have a jazz sensibility to them — not surprising, coming from Chazelle, whose two previous films are Whiplash (about a jazz drummer) and Guy And Madeline On A Park Bench (about a jazz trumpeter) — they really run the gamut from splashy toe-tappers to gut-wrenchingly intimate solos, from massive ensembles to wordless sequences, from old-school throwbacks to contemporary crowd-pleasers. The music takes full advantage of Stone's and Gosling's talents; he as a former Mousketeer and she as a Broadway vet from the 2014 revival of Cabaret.