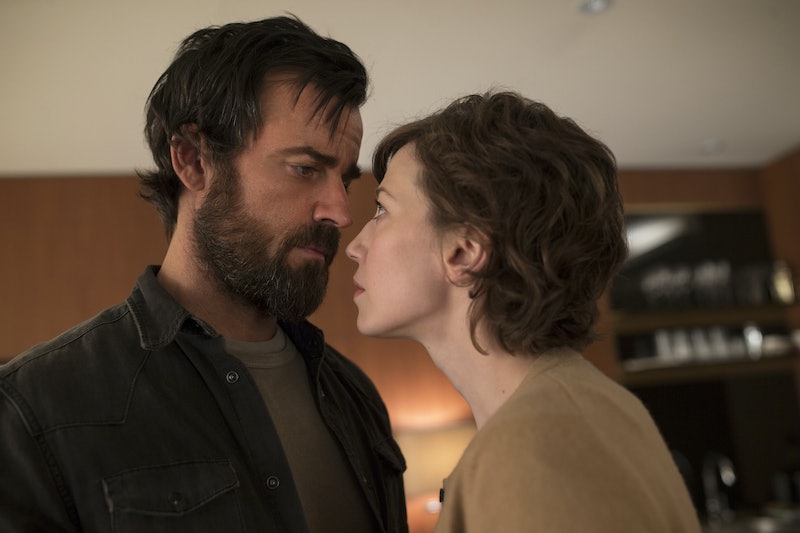 This will undoubtedly go down as one of the biggest missteps in Emmy Award history. Considering the show was completely ignored by the Television Academy in its first two seasons, the fact that The Leftovers was snubbed by the Emmys once again for its third and final season might not be a surprise… but Twitter is still not here for it.

It boggles the mind to think that voters could have been so blind to the virtues of the HBO drama, given that it was literally the most critically acclaimed series of the year, with various reviews proclaiming it to be the "best show of 2017," the "most ambitious show of the decade," or even "one of the best TV shows ever made."

Not to belittle the Leftovers' competition, but nobody is exactly using such qualifiers to describe Season 5 of House Of Cards. If such unabashed praise doesn't merit even a nomination in the Outstanding Drama Series category… well, then I don't know what does. Carrie Coon and Justin Theroux also deserved to land in the Lead Actor categories for their achingly honest performances; not to mention the entire supporting cast, including the likes of Amy Brenneman, Christopher Eccleston, and Scott Glenn.

Here's just a small sample of the internet's vitriol over the Emmys' stubborn refusal to recognize the most daring and compelling TV series of our time:

What is this feeling?

Some people need a moment to re-center themselves after this tragic news.

Is this how Nora felt when her missing family was replaced by creepy dolls?

I think we would all willingly go through the LADR device if we knew this was waiting for us on the other side:

Sometimes a sad gif is necessary.

At least The Leftovers isn't alone in its painful snubbing.

Sadly, Siri has no answers in this situation.

Awards shows never matter more than when your favorite shows are snubbed.

Even members of the cast are expressing their outrage.

Some people just want to make their own categories.

Did voters even watch the show?

All faith in humanity is effectively destroyed.

Even if it was ignored in the top categories, at least The Leftovers didn't go home totally empty-handed this year.

Ann Dowd singlehandedly prevented the series from being snubbed across the board for its entire run, landing a last-minute nomination in the Guest Actress category for her Season 3 cameo as Guilty Remnant leader Patti Levin.

That one single solitary nomination puts The Leftovers in the realm of other shows acclaimed by critics but ignored by the Emmys, right up there with one of the most beloved series of all time: The Wire, which only ever earned two nominations — both in the Writing category — over its five seasons. And that's admittedly not bad company to be in.

Thankfully, the Emmy Awards are not the final arbiter of taste or what qualifies as greatness. The Leftovers fans know that they have watched one of the greatest dramas of our generation; no pile of trophies would augment that achievement, and no absence of nominations will take it away.

More like this
Andy Cohen Apologized To Larsa Pippen After A 'RHOM' Season 5 Reunion Dust-Up
By Brad Witter
All The Clues Clint & Gina Aren’t Still Together After 'MAFS' Season 16
By Brad Witter
Mack & Domynique Reportedly Had An "Epic" Breakup On 'Married At First Sight'
By Brad Witter
Turns Out George Clooney Is A Huge Fan Of This Classic British Game Show
By El Hunt
Get Even More From Bustle — Sign Up For The Newsletter
From hair trends to relationship advice, our daily newsletter has everything you need to sound like a person who’s on TikTok, even if you aren’t.