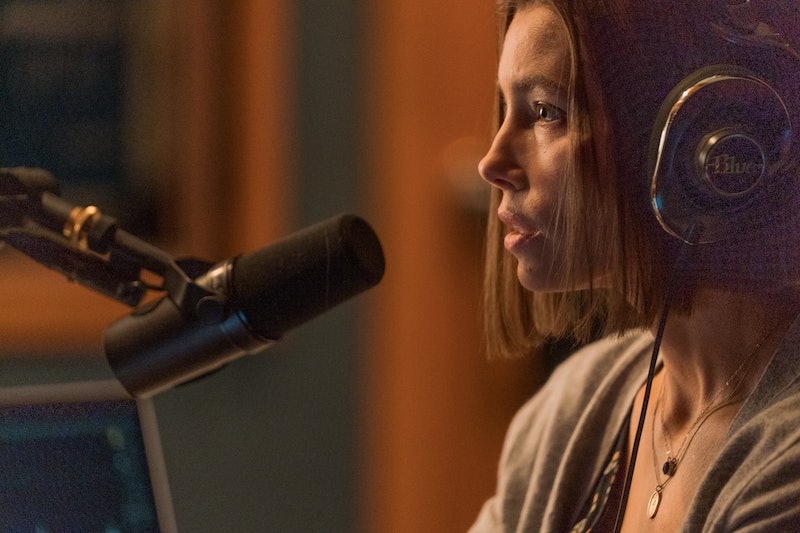 Facebook Watch's Limetown is a slowly turning puzzle box, with a great mystery at its center: what happened to Limetown's 327 residents, and what were they researching there? The pigs in Limetown are one of the unanswered questions brought up within the first episode, and anyone who's listened to the podcast knows they're integral to unraveling what the scientists were up to in the secretive research facility town.

Unlike the first-person point-of-view podcast, in Limetown the show we briefly hop between the perspectives of different characters. In the first episode that includes FBI Agent Calhoun, who was there when the 911 call first went out of Limetown, and when the gates were eventually opened to authorities three days later. Upon entering, Calhoun and his team discover that the entire town is empty and meticulously tidy, with the only evidence that anyone even lived there being the charred body of one of the researchers in the town square. They find a series of caves that link each house, and then they uncover a shallow grave full of pig carcasses, recently buried.

"Add it to the long list of things I can't explain," Calhoun answers.

We learn the investigation went on for 200 days and involved 6,000 grand jury subpoenas and 13 congressional hearings, and yet nothing was uncovered or solved. The pigs stick out as unusual to Calhoun, but like everything else, their burial just makes little sense to him.

In the podcast, we don't learn about the pigs at all until the third episode, when Lia moves on to interviewing her second survivor. In the podcast, Lia tells us that the survivor went by the name "Reverend" during the conversation, and only later does she learn his legal name is Warren Chambers. According to the Limetown Commission report, he is Missing Male #127, and he was Limetown's large animal veterinarian.

Warren tells Lia that he came to Limetown because he heard they needed "someone with my skill set to oversee a medical testing program for animals." Warren notes that the job "lacked on specifics," but it was highly lucrative. His entire job, he tells Lia succinctly, was "pigs."

When Lia asks why the pigs he cared for were so important, Warren ominously jokes that they're "delicious" slaughter animals, so "no one bats an eye if you kill them."

"They also carry a great anatomical similarity with our species. It's a good loophole to exploit if you're building a private town in the middle of nothing and nowhere," Warren informs Lia. He speaks of a great biomedical engineering project, and eventually tells an emotional and harrowing tale that propels Lia much closer to the truth.

To reveal exactly what he said would spoil one of the great surprises from the podcast for show viewers. Suffice to say, what Warren reveals feeds back into Winona's testimony from episode two, where she told the story about the Man We're All Here For — she hears his voice "like he is standing next to me" but "the only sound is in my head."

It's an eerie and unsettling connection to be sure, and those eager to find out what the researchers were doing with the pigs can check out the podcast first. Just be forewarned — hearing the truth may just haunt you.