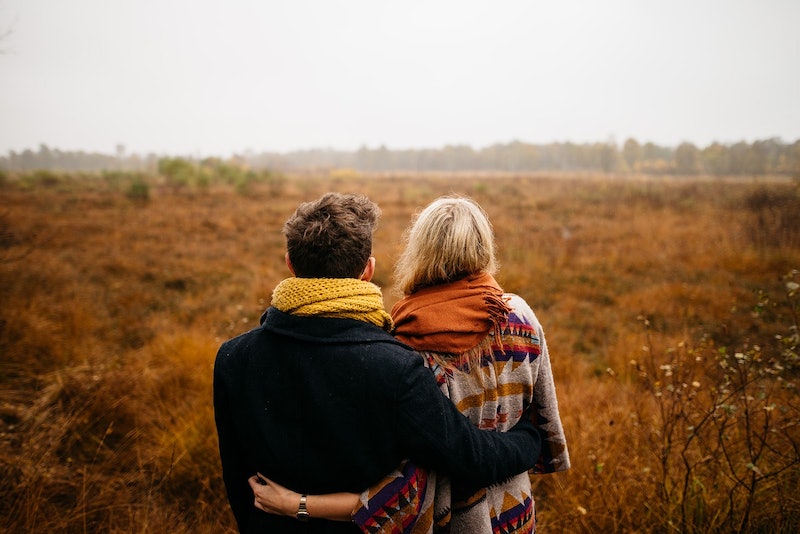 If you're sensing that you're buggin' those around you, you could be spot on. Of course, we all have some undesirable traits that can get people annoyed with us, but it turns out, some signs are more prone to irritating qualities that can certainly get on people's nerves. (Plus, you can probably see it based on their faces and gestures, and it doesn't feel good.) Instead of getting defensive, take this as a warning sign: Stop this habit before it starts to isolate people even further.

As a certified health coach, I work with clients on feeling confident and in charge of their emotions, habits, reactions, and words. However, I also encourage people to dig deeper and get comfortable with their flaws, the things about themselves that they might need to work on in order to change for the better. There's nothing wrong with these imperfections, as the perfect human doesn't exist, but the next step is determining what to do about them. If you decide you don't need to improve, you might miss out on a golden opportunity to better your relationships and maybe make some new connections. That being said, stepping up to work on yourself is the smart option, even if it's difficult. Here's what people get bothered by most with you, thanks to astrologer Valerie Mesa, over email with Bustle.

"They’re impulsive, arrogant and can appear to be a bully at heart. Aries’ ego and uber strong-willed personality can lead them to miss out on special moments and important life opportunities," says Mesa. Yikes. In act, some even struggle with friendships, romance, and relationships in general. To fix this: Think before acting and work on giving others a break.

They are the bulls of the zodiac for a reason. "They can be extremely stubborn and way too comfortable. Their fear of change and/or lack of seeing the bigger picture can really grind someone’s gears," says Mesa. In a nutshell, they want to have their cake and eat it too. Literally. A fix: Listen to others and try and see their point of view.

They’re relentless thinkers, incredibly skeptical, and can be gossipy, at times, says Mesa. "When stressed, Geminis get too caught up in the details and bring anxiety to themselves and the people around them. It doesn’t help that they need to know everything too," Mesa adds. A fix: try mediation or yoga to de-stress and don't carry that over onto others.

Bad news for Cancer, "they’re hypersensitive, grudge holding and extremely moody," at times, says Mesa. Cancers’ excessive emotions and resentfulness can lead to emotional manipulation and unnecessary bitterness, as well, Mesa adds. Plus, to Cancer, he or she is always the victim. Period. A fix? Don't get defensive and be willing to accept when you're wrong and capable of forgiveness.

These lions of the zodiac are fiery. "They’re dramatic, attention-seeking and they’re never wrong. Leos’ ego is their worst enemy," says Mesa. Their friends and family have to literally tiptoe around their pride at times, which is tough, and maybe even lie to their face. Being wrong is simply unfathomable for Leo, here. A fix? Get over yourself. (Duh.)

Sometimes Virgo can rub people the wrong way. "They’re critical, controlling and sometimes too practical. Like their fellow Mercurial Gemini, Virgo can easily get lost in the details and struggle with OCD and hypochondria," says Mesa. Virgo needs a chill pill, stat. A fix: Be more relaxed and don't put so much pressure on facts and accuracy when it's not needed.

Libra is passively sweet but sneaky. They’re manipulative charmers who avoid confrontation, says Mesa. "Libras gracious charm and love for harmony can be very misleading; and their fear of confrontation turns into pure denial," Mesa explains. A fix? Stop trying to control others and learn how to communicate your feelings to solve issues at hand.

Be wary of Scorpio. They can be selfish, unapologetic, and vengeful. "Scorpio’s constant resentment and hidden depression can lead to self-destructive patterns, which ultimately push people away," says Mesa. A fix? If you're depressed or not in control of emotions, seek help from a therapist, and learn to keep issues in the past and move on easier.

Sag can act like a child at times. "They’re obnoxiously blunt, immature, and in serious denial," when they can't come to terms with their feelings, says Mesa. "This, more often than not, leads to lack of respect and trust. People have a hard time taking Sagittarius seriously," Mesa explains. A fix? Get comfortable communicating and addressing your feeling before acting hastily.

As Caps are so serious at times, they can come across as cold. They can be ruthless and power hungry, says Mesa. "Capricorn’s obsessive need for establishment and rank can come across as selfish and merciless. They’re the 'goal/gold diggers' of the zodiac, and they never look down when they climb to the top," she says. A tip? Remember to care for others and share in control. A great way to do this is to give back to a charity or volunteer.

Sometimes Aquarius can come off as abrasive, though funny. "They’re often emotionless, detached and uber sarcastic. Aquarius’ disconnected and somewhat aloof personality can come across as self absorbed and tactless; and their sarcasm is borderline offensive," says Mesa. A tip? Get a filter, now, and decide when to speak based on your audience.

Unfortunately, Pisces might be in la-la land at times. "They’re unrealistic and prone to escapism. Pisces’ fear of reality and excessive need to escape can be very similar to Libra’s denial. Running away isn’t always the answer, but Pisces refuses to acknowledge and/or confront difficult situations," says Mesa. They’re also incredible liars, but that’s because they believe their own lies. (Sucks for everyone else.) A tip: Face the truth and focus on the present each day.

There you have it. Of course, you can easily manage these tendencies, and while they are extreme, they range in intensity, based on the individual. Your best move? Put yourself in others' shoes and think about how they feel to push yourself to change.

More like this
Here’s Your Horoscope For July 2022
By Alexandria Lettman
Are Cancer & Cancer Compatible In A Relationship?
By Kristine Fellizar
Check Out These Summer Trends Based on Your Zodiac Sign
By Dominique Norman
June’s New Moon In Cancer Will Affect These 4 Zodiac Signs The Most
By Brittany Beringer
Get Even More From Bustle — Sign Up For The Newsletter