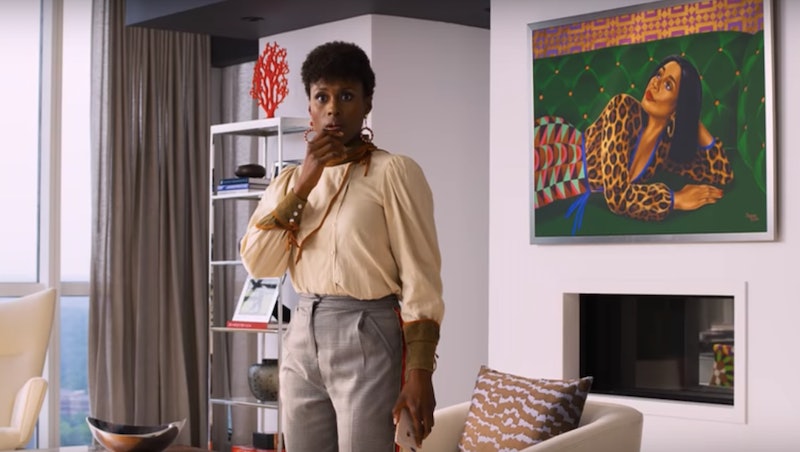 For those that never want to grow up, well, do Issa Rae and Regina Hall have a movie for you. In the official Little trailer the two women are flippin' and reversin' the Big story and it might just make you want to be small forever.

Hall is Jordan Sanders, the boss from hell and Rae is her assistant April who gets woken up with screaming phone calls like "Be awake when I call." And let's be honest, that is a pretty unreasonable request. From her out of control driving to her physically assaulting one of her co-workers, Hall is a straight-up menace to not just the office, but society in this movie.

Worse, may be her lack of interest in letting April shine, which ends up being her downfall. Yes, dear reader, in this comedy, hitting theaters April 12, this bully gets hers. After being asked whether she's always been this mean from a little girl, the tech company CEO lets this girl know, "I got big and I got rich. So, now who's gonna check me, boo?"

Turns out, this little girl is the one, using a bit of magic to turn Jasmine into the worst thing she could think of: little.

Jasmine gets turned into the very stylish 13-year-old version of herself. Seriously, did you see that tiny pink pantsuit? Little Jasmine is played by Black-ish's Marsai Martin, who starts to get pushed around the minute she loses a few inches. Don't worry, though, Martin is definitely not being pushed around by Hollywood. She's not only starring in Little, but executive producing her debut feature.

It's also been reported that Little – directed by Tina Gordon and co-written by Gordon and Girls Trip's Tracy Oliver – is actually based on an idea the 14-year-old had after watching Big, according to Screen Rant. Though, anyone who's seen Chandler Bing himself, Matthew Perry turn into Zac Efron knows this movie might have more in common with 17 Again.

It's this power struggle, though, that helps Hall's character see that she needs to calm down a little and start enjoying life more. It definitely looks like she's having a lot of fun making her handsome teacher played by This Is Us's Justin Hartley uncomfortable.

And, you know, maybe forces her to give her very understanding assistant a chance since she's actually pretty good at her job when she's not being harassed by her boss. Not to mention, when she's been given a fresh new wardrobe.

Jasmine's big girl clothes are a terrible thing to waste, even if little Jasmine prefers it that way. "Damn girl," she tells a leopard print and gold pants wearin' April. "Lookin' like Cookie from Empire." She sure does and while Jasmine might not mean that as a compliment we sure do.

We also sure like to see Hall and Rae teaming up again for another project. They recently appeared in The Hate U Give together. While April 12 might seem far very away, at least you'll have another Hall and Rae movie to keep you busy in the meantime.