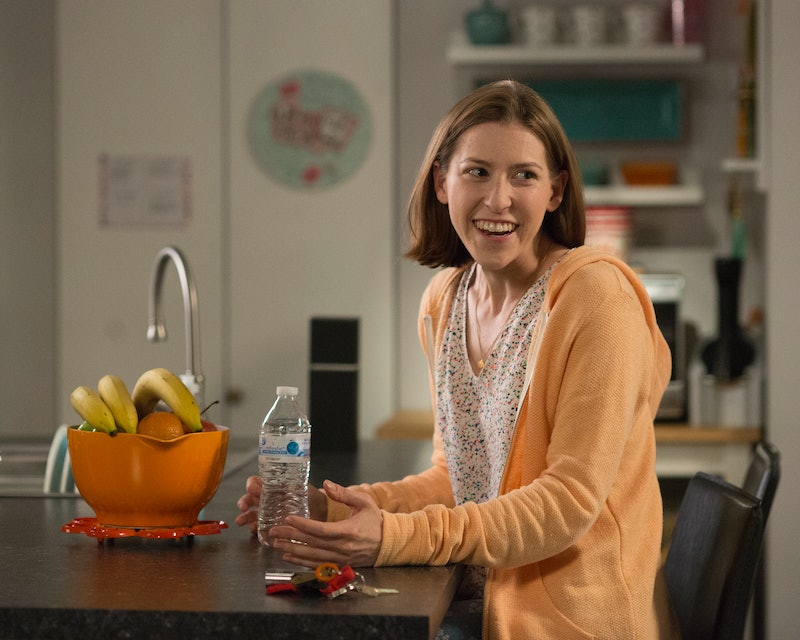 For once, Sue Heck might actually be winning something. At Comic-Con, Eden Sher shared with TV Line that a pilot for The Middle spinoff has been ordered by ABC. The untitled project, which was previously announced in May, will focus on the Heck's middle child, Sue, but it may not tell the story that viewers were expecting.

At the end of the series finale, The Middle revealed via montage that Sue and Sean would one day get married, and unite the Hecks and the Donahues. Given ABC's penchant for focusing on family-centric comedies, it seemed likely that a follow-up to the successful series would focus on Sue and Sean's marriage. Now it seems that the potential series will take a different path — and one that's far more interesting for the beloved Sue.

Rather than be set after her wedding, the Sue-centric spin-off would be about the optimistic Heck's life after college, but before marriage. After all, the montage revealed the road to wedded bliss wasn't exactly an easy one for Sue and Sean. The couple goes through a number of break-ups before they settle down, and that leaves a good decade of Sue's story still to be explored. Sher told TV Line, "The [flash-forward] was like a 'happily ever after.'" The show, on the other hand, would be about how the character gets to that point.

The Middle spinoff news broke shortly after ABC canceled Roseanne after Roseanne Barr's made a racist tweet about former Obama adviser Valerie Jarrett. Since then, Barr issued an apology, and ABC has ordered a 10-episode Roseanne spinoff called The Conners. Barr has agreed not to have her name on the project, and she will not receive any money from the series.

Seemingly, one of the reasons that ABC wanted to revive Roseanne in the first place was because the network wanted to showcase the struggles facing people who live in middle America. However, that's exactly what The Middle did for nine seasons. The series was never a breakout hit in the vein of Modern Family, but it garnered solid ratings and praise for it's realistic depiction of a middle class family dealing with financial issues. Unlike Roseanne, The Middle rarely ever tackled social issues head on, but with the enthusiastic Sue at the center of a spin-off anything is possible.

Despite never making the teams she tried out for and having to make her own clubs, Sue is endlessly optimistic. Her worldview is refreshingly positive and hopeful. When she fails, she just keeps on trying, and seeing how her enthusiasm for life translates to adulthood could offer viewers a new take on the modern millennial.

While viewers know how her love life ends up, there are plenty of questions left for a Sue spin-off to answer. Does she make it in the hotel industry? Does she fall in love a few more times along the way? Will her love for performing stay in tact? What kind of odd jobs does she work after college?

For Sher's part, she's clearly excited by the process of exploring Sue's journey further. In her interview with TV Line, the actor revealed she would be happy to play Sue as a young adult, despite having already spent nearly a decade in the role. As Sher shared, there's more than a little bit of Sue in her, which has to make the prospect all the more exciting.

Right now, the spin-off is still in its early stages. While Sher confirmed there are plans to shoot a pilot, there's no guarantee that the project will move forward. Still, it's hard not to channel your inner-Sue and hope ABC gives The Middle spin-off a shot.