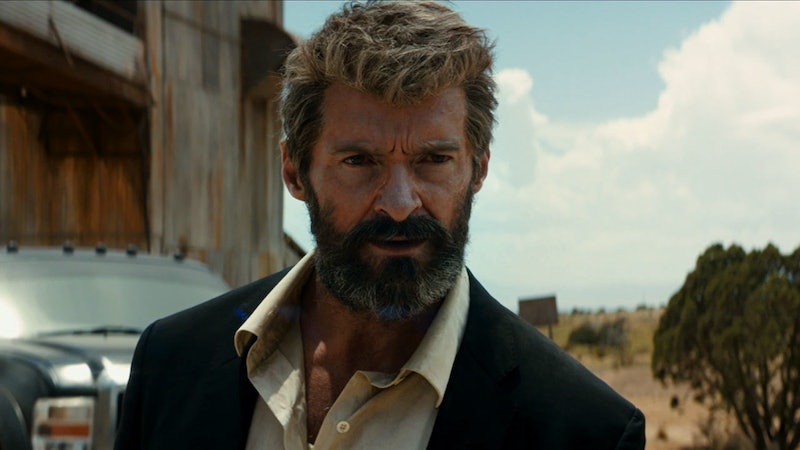 When the the first teaser for the third solo Wolverine movie came out, it delighted fans with the perfect blend of tone, visuals, and music. The Logan trailer song in particular — which you may have recognized as the melancholy strains of Johnny Cash's "Hurt" — set the ideal mood for this post-apocalyptic superhero movie. It was hard to imagine how any subsequent trailer could live up to that awesome first promo… until the studio released the upcoming sequel's first full-length preview. It was even more of a visual feast, even more violent, and featured yet another haunting soundtrack. So, what is the song in the new Logan trailer?

There's nothing quite like the rush you get when you watch a well-edited preview that's been matched with the perfect song. Think Guardians Of The Galaxy and "Hooked On A Feeling," or The Girl With The Dragon Tattoo and "Immigrant Song," or Watchmen and "The Beginning Is The End Is The Beginning," just to name a few. The first Logan teaser has already gone down in history as another great example of this audio/visual synchronicity — so the studio wisely didn't try to capture lightning in a bottle twice when it came to the newest trailer.

Rather than finding another classic '70s artist or another famous country singer to underscore the violent events of this promo, they instead went in a completely different direction. The song this time is called "Way Down We Go," and it's by a group called Kaleo — a contemporary Icelandic indie-rock-slash-folk band. That's about as different from The Man In Black as you can possibly get.

"Way Down We Go" is the band's most famous single; it was their first song to reach any #1 status (on the Billboard Alternative Chart), and it hails from their second album, 2016's A/B. You may have heard it — or other songs by Kaleo — on some of your favorite TV shows like Empire, Grey's Anatomy, The Leftovers, or Orange Is The New Black.

The lyrics are certainly appropriate for the fatalistic film, which sees the titular X-Man being chased through a post-apocalypse landscape alongside Professor X and a mysterious young mutant called X-23. "Father tell me, we get what we deserve," the song begins. And later, the chorus: "Way down we go / 'Cause they will run you down, down 'til you fall."

It sure doesn't seem like Logan will be a happy-go-lucky road trip movie. But based on its superb trailers, it certainly seems like Wolverine fans are in for an expertly crafted, thrilling conclusion to the character's saga when Logan claws its way into theaters on Mar. 3.