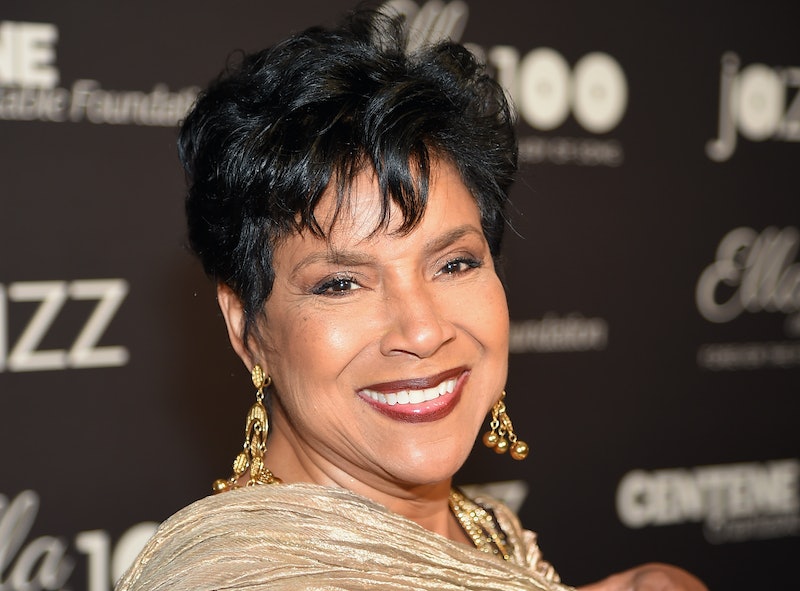 Netflix’s first live-action original musical is coming to town, and it is bringing quite an ensemble along with it. Buckle your seatbelt, because the upcoming Netflix Christmas movie Jingle Jangle stars so many of your favorite actors. And this fantastic cast list? Well, it may knock you right out of your sleigh. On Thursday, April 11, Netflix’s Strong Black Lead Twitter account revealed that Phylicia Rashad (Creed, This Is Us), Keegan-Michael Key (Key and Peele, The Lion King), Anika Noni Rose (Dreamgirls, The Princess and the Frog), and Madalen Mills (School of Rock: The Musical) have have been added to the Jingle Jangle cast. They will join Forest Whitaker (The Last King of Scotland, Rogue One: A Star Wars Story), who, as Deadline reported on Oct. 30, 2018, will play a toymaker named Jeronicus Jangle in Netflix’s yuletide musical. Mills will play Journey, Jeronicus's granddaughter.

Written and directed by David E. Talbert (Almost Christmas, Baggage Claim), Jingle Jangle is produced by John Legend, Mike Jackson, Kristin Burr, David McIlvain, and Lyn Sisson-Talbert. As Deadline and Variety reported, Netflix scooped up the holiday musical back in December 2017. It is currently in pre-production and is slated for a 2020 release.

No, Jingle Jangle is not a musical about a tin of Trader Joe’s holiday snacks. (But man, that would be bonkers and hilarious. A movie featuring a bunch of singing chocolate-covered pretzels and dancing mini peanut butter cups would not not be up my alley.) And no, it is not about the Southside Serpents’ substance of choice. Rather, it is a musical about Christmas and magic and and family and magic toys and more magic. In a press release that went out last October, Netflix provided the following logline for the movie: “A cobblestone world comes to life in the event holiday musical tale of an embattled toymaker, his precocious granddaughter, and a magical invention, that if they can get it to work in time for the holidays, could change their lives forever.”

More like this
Here’s Everything Coming To & Leaving Netflix In February
By Jake Viswanath
Twitter Is Mad At The Razzie Awards For Nominating A Child For Worst Actress
By Radhika Menon
Here's How Netflix Should Adapt Prince Harry's Memoir Into A Movie
By Ginny Hogan
What Is Mary J. Blige’s Net Worth? The 9-Time Grammy Winner Is Doing “Just Fine”
By Hugh McIntyre
Get Even More From Bustle — Sign Up For The Newsletter
From hair trends to relationship advice, our daily newsletter has everything you need to sound like a person who’s on TikTok, even if you aren’t.