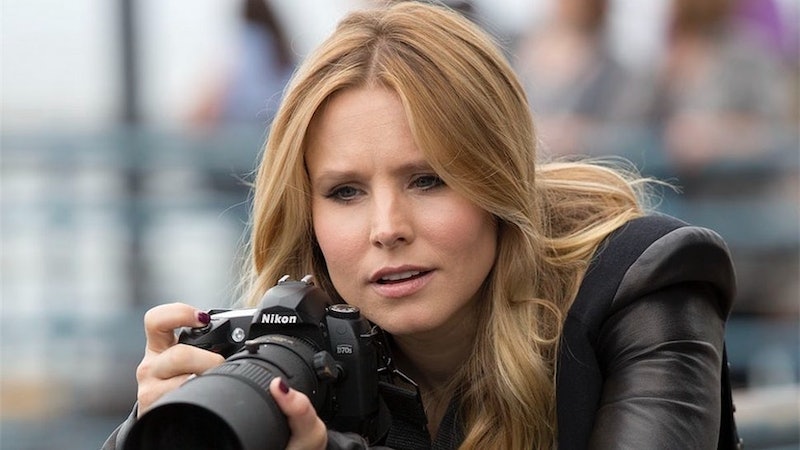 When Veronica Mars first premiered back in 2004, it was met with rave reviews from critics and... very few viewers. The show, which starred Kristen Bell as the titular teen detective, was canceled in 2007 after just three seasons, but love for the mystery drama was so strong that a movie was made in 2014, all thanks to a fan-funded Kickstarter campaign that earned over $5 million. And on July 26, 2019 — 15 years after the show first premiered — Hulu is releasing an eight-episode fourth season of Veronica Mars.

Whether you've been waiting for the Veronica Mars revival since 2017 or you just recently marathon-watched the entire show on Hulu, you're probably so excited for a new season of mysteries, friend drama, and love triangles. But if you can't wait until the end of the month, I suggest that you dive into more teen detective mystery stories like Veronica Mars. The 11 books below all share similar themes to the show: young female sleuths, super secretive small towns with tragic backstories, and enough eerie goings-on to keep you occupied until July 26. Dip into these before, after, or during your marathon-watch for more Veronica Mars vibes: