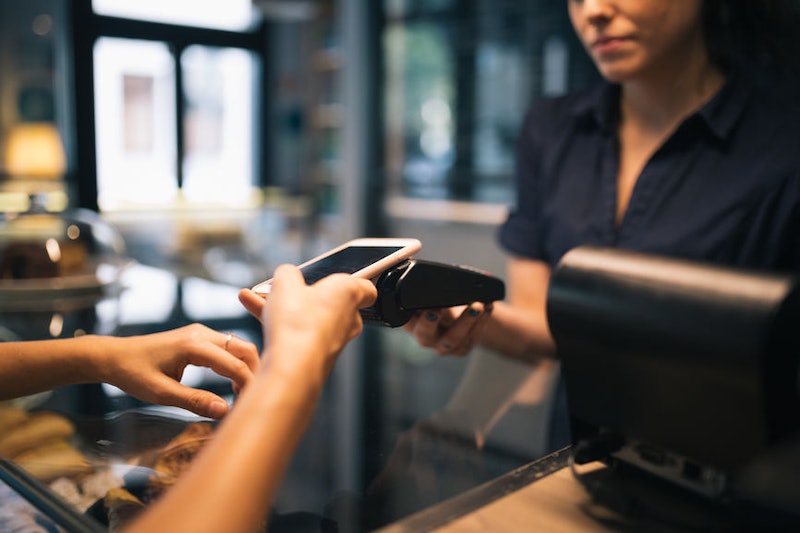 Is it just me or does it feel like, when you get a raise at work — no matter how big or small — you also instantly get a raise at life? Like, suddenly, instead of being in the gutter staring up at the stars, you are walking straight past the gutter and heading off to a diamond shop or something? Well, y'all better beware, because a new study from Direct Line has revealed that the novelty of a pay rise wears off after just 43 days. That's about a month and a half. Yikes.

The research for Direct Line was completed by market research company Opinium, with a sample of more than 2,000 UK adults surveyed. And it shows a pretty dire situation.

It turns out that UK employees who have received a pay rise within the last five years have taken no time at all to match their spending habits to their income. Or, as the study puts it, to "level up". And not the kind of level up Ciara sings about. Nope.

"UK employees take on average just six weeks to ‘level up’ their spending habits after receiving a salary increase, with one in six (17 percent) upgrading their lifestyle immediately."

And I know exactly the kind of upgrades I'd go for. No, it's not fast cars, champagne, or even diamonds (I was only kidding about that). It's branded, multiple-ply bog roll. It's popping to the local coffee shop every day. It's going for the SECOND cheapest wine in the corner shop. You've got to dream big, guys.

Well, Direct Line actually disclosed the luxury most Brits opt for first. And when you hear it, you will totally be shouting "GUILTY" at the top of your lungs and cancelling that night out you had planned.

"The first items that Brits splash the cash on following a pay rise are more expensive alcoholic drinks and switching to premium lunchtime meals, such as changing from Greggs to Pret A Manger".

Ok, so while I'm not sure anyone ever gives up Greggs completely, yhe study does have a point. You'll be ditching Spoons, legging it down to M&S instead of ASDA and basically going from crap to Kardashian in 0.1 seconds.

According to Direct Line, over half of workers said that the extra money is totally "absorbed" by new lifestyle perks in as little as three months. By that they mean they don't even notice it anymore. And one in six admit say that they upgrade their lifestyle as soon as they hear about their new salary. They are absolutely not waiting for that payslip.

“Receiving a pay rise is one of life’s little perks; not only making us feel valued at work but also providing us with some very welcome additional income. While we all dream about what we would do with a bit of extra cash, when the time does come, it’s important to think carefully about where this additional income could be used best."

So if you're reading this at work after a pay rise, cancel that caviar lunch, ditch the diamonds, or even just empty the internet shopping cart you've got going on at this moment. Stick the extra dosh in a savings account. Then you'll be laughing all the way to the bank, instead of avoiding it like a former lover you pass on the street.