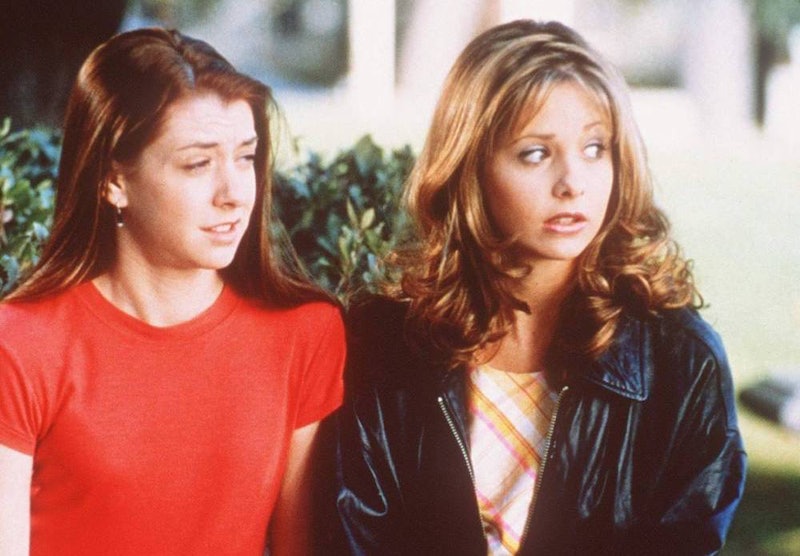 Instead of marathoning a new show in the new year, you might want to consider watching an old show that's new to you. There are so many classic shows — if there's one you haven't had the chance to watch, you might as well kick off the new year by looking back to the past. But, because there are so, so many amazing shows that are off the air, you might want to consider picking an old TV show to watch in 2019 based on your zodiac sign. Leave it to the stars to decide which show is worthy of your full attention, because who knows you and your TV tastes better? Whether you watch the entire run of the show over your winter vacation, or stretch it out over time, you're going to want to feel confident that the show you're giving your attention to is worthy of it.

The good thing about picking an old show is that there's already a fully formed consensus about what kind of show it is. Also, it's already complete, so you don't have to deal with waiting every week for a new episode, or worrying about it being canceled before the series finale.

Here, I've put together a list of each amazing old show that's worth watching, based on your zodiac sign.